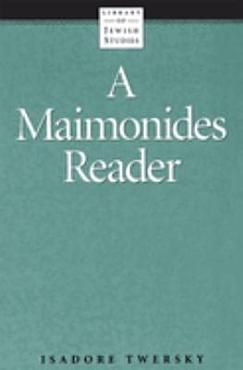 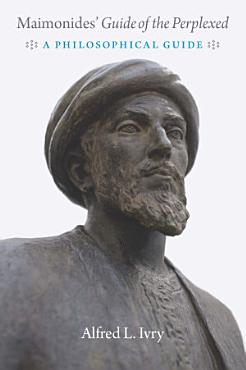 
A classic of medieval Jewish philosophy, Maimonides’s Guide of the Perplexed is as influential as it is difficult and demanding. Not only does the work contain contrary—even contradictory—statements, but Maimonides deliberately wrote in a guarded and dissembling manner in order to convey different meanings to different readers, with the knowledge that many would resist his bold reformulations of God and his relation to mankind. As a result, for all the acclaim the Guide has received, comprehension of it has been unattainable to all but a few in every generation. Drawing on a lifetime of study, Alfred L. Ivry has written the definitive guide to the Guide—one that makes it comprehensible and exciting to even those relatively unacquainted with Maimonides’ thought, while also offering an original and provocative interpretation that will command the interest of scholars. Ivry offers a chapter-by-chapter exposition of the widely accepted Shlomo Pines translation of the text along with a clear paraphrase that clarifies the key terms and concepts. Corresponding analyses take readers more deeply into the text, exploring the philosophical issues it raises, many dealing with metaphysics in both its ontological and epistemic aspects. 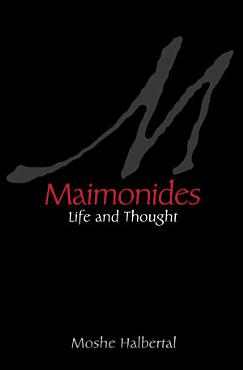 
Maimonides was the greatest Jewish philosopher and legal scholar of the medieval period, a towering figure who has had a profound and lasting influence on Jewish law, philosophy, and religious consciousness. This book provides a comprehensive and accessible introduction to his life and work, revealing how his philosophical sensibility and outlook informed his interpretation of Jewish tradition. Moshe Halbertal vividly describes Maimonides's childhood in Muslim Spain, his family's flight to North Africa to escape persecution, and their eventual resettling in Egypt. He draws on Maimonides's letters and the testimonies of his contemporaries, both Muslims and Jews, to offer new insights into his personality and the circumstances that shaped his thinking. Halbertal then turns to Maimonides's legal and philosophical work, analyzing his three great books--Commentary on the Mishnah, the Mishneh Torah, and the Guide of the Perplexed. He discusses Maimonides's battle against all attempts to personify God, his conviction that God's presence in the world is mediated through the natural order rather than through miracles, and his locating of philosophy and science at the summit of the religious life of Torah. Halbertal examines Maimonides's philosophical positions on fundamental questions such as the nature and limits of religious language, creation and nature, prophecy, providence, the problem of evil, and the meaning of the commandments. A stunning achievement, Maimonides offers an unparalleled look at the life and thought of this important Jewish philosopher, scholar, and theologian. 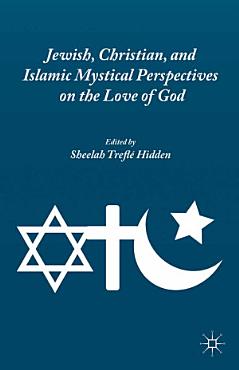 
A collection of essays in which the possibilities of a deeper dialogue, by means of the contemplative traditions of the Abrahamic Faiths is explored. The book expounds an ageless, profound means of overcoming religious hatred and violence and awakening the beauty of unity in diversity. 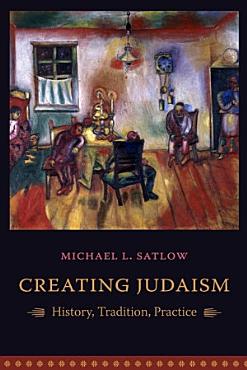 
How can we define "Judaism," and what are the common threads uniting ancient rabbis, Maimonides, the authors of the Zohar, and modern secular Jews in Israel? Michael L. Satlow offers a fresh perspective on Judaism that recognizes both its similarities and its immense diversity. Presenting snapshots of Judaism from around the globe and throughout history, Satlow explores the links between vastly different communities and their Jewish traditions. He studies the geonim, rabbinical scholars who lived in Iraq from the ninth to twelfth centuries; the intellectual flourishing of Jews in medieval Spain; how the Hasidim of nineteenth-century Eastern Europe confronted modernity; and the post-World War II development of distinct American and Israeli Jewish identities. Satlow pays close attention to how communities define themselves, their relationship to biblical and rabbinic texts, and their ritual practices. His fascinating portraits reveal the amazingly creative ways Jews have adapted over time to social and political challenges and continue to remain a "Jewish family." 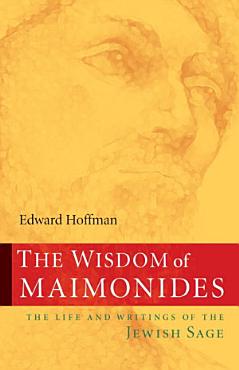 
Here is an accessible introduction to the life and wisdom of the famous twelfth-century philosopher-physician Moses Maimonides, whose prolific writings on medical and religious issues, commentaries on Jewish texts, and writings on Jewish ethics and law profoundly influenced Judaism. The Wisdom of Maimonides includes a biography; a section of selected teachings drawn from Maimonides' major works The Guide for the Perplexed and the Mishneh Torah, as well as his other writings; and tales about Maimonides' colorful life as a court physician and rabbinic leader. 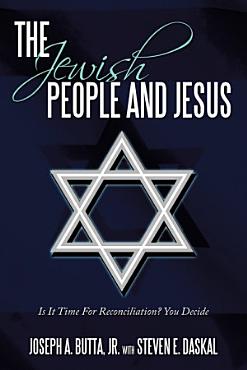 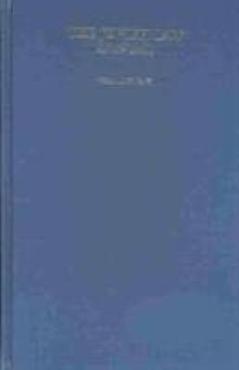 
Most bioethicists concern themselves with common law when considering the mores that inform practitioners operating in the framework of medical institutions. These questions are generally addressed from the perspective of secular ethics. Many Jewish physicians, however Contributors to this volume address medical issues such as organ transplantation, physician's fees, new reproductive technologies, informed consent, and medical confidentiality in the context of Jewish law. Jewish thought is presented as of great relevance to both the history of medical ethics and contemporary medico-legal issues. The volume concludes with a chronicle of Jewish Law in the State of Israel and a survey of recent literature. 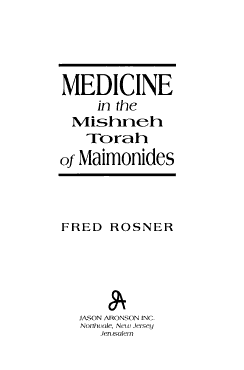 
In this work, Maimonides is both a Torah scholar and an important figure in medical history who makes judgements based on his skill as a physician. Dr. Rosner also includes a Brief biography of the Rambam and an in-depth exegesis of those sections of the Mishnah Torah relating to health and medicine. 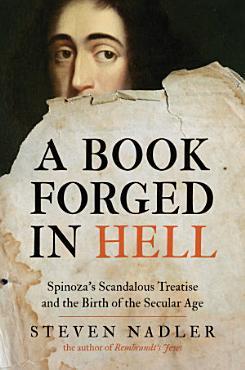 
The story of one of the most important—and incendiary—books in Western history When it appeared in 1670, Baruch Spinoza's Theological-Political Treatise was denounced as the most dangerous book ever published—"godless," "full of abominations," "a book forged in hell . . . by the devil himself." Religious and secular authorities saw it as a threat to faith, social and political harmony, and everyday morality, and its author was almost universally regarded as a religious subversive and political radical who sought to spread atheism throughout Europe. Yet Spinoza's book has contributed as much as the Declaration of Independence or Thomas Paine's Common Sense to modern liberal, secular, and democratic thinking. In A Book Forged in Hell, Steven Nadler tells the fascinating story of this extraordinary book: its radical claims and their background in the philosophical, religious, and political tensions of the Dutch Golden Age, as well as the vitriolic reaction these ideas inspired. It is not hard to see why Spinoza's Treatise was so important or so controversial, or why the uproar it caused is one of the most significant events in European intellectual history. In the book, Spinoza became the first to argue that the Bible is not literally the word of God but rather a work of human literature; that true religion has nothing to do with theology, liturgical ceremonies, or sectarian dogma; and that religious authorities should have no role in governing a modern state. He also denied the reality of miracles and divine providence, reinterpreted the nature of prophecy, and made an eloquent plea for toleration and democracy. A vivid story of incendiary ideas and vicious backlash, A Book Forged in Hell will interest anyone who is curious about the origin of some of our most cherished modern beliefs. 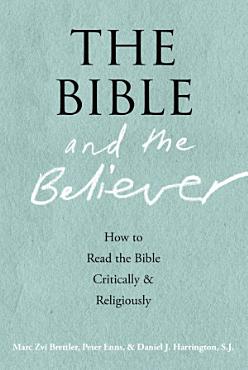 
Can the Bible be approached both as sacred scripture and as a historical and literary text? For many people, it must be one or the other. How can we read the Bible both ways? The Bible and the Believer brings together three distinguished biblical scholars--one Jewish, one Catholic, and one Protestant--to illustrate how to read the Hebrew Bible/ Old Testament critically and religiously. Marc Zvi Brettler, Peter Enns, and Daniel J. Harrington tackle a dilemma that not only haunts biblical scholarship today, but also disturbs students and others exposed to biblical criticism for the first time, either in university courses or through their own reading. Failure to resolve these conflicting interpretive strategies often results in rejection of either the critical approach or the religious approach--or both. But the authors demonstrate how biblical criticism--the process of establishing the original contextual meaning of biblical texts with the tools of literary and historical analysis--need not undermine religious interpretations of the Bible, but can in fact enhance them. They show how awareness of new archeological evidence, cultural context, literary form, and other tools of historical criticism can provide the necessary preparation for a sound religious reading. And they argue that the challenges such study raises for religious belief should be brought into conversation with religious tradition rather than deemed grounds for dismissing either that tradition or biblical criticism. Guiding readers through the history of biblical exegesis within the Jewish, Catholic, and Protestant faith traditions, The Bible and the Believer bridges an age-old gap between critical and religious approaches to the Old Testament. 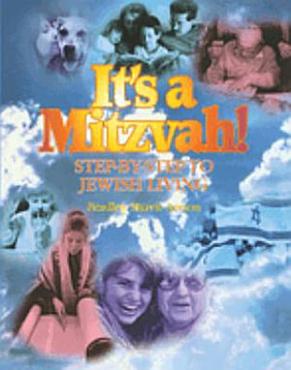