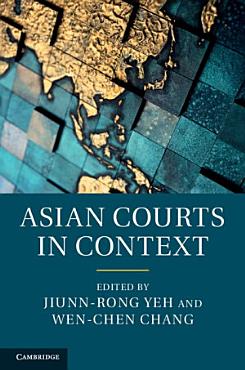 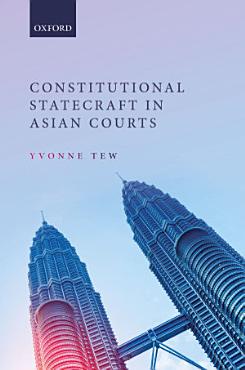 
Constitutional Statecraft in Asian Courts explores how courts engage in constitutional state-building in aspiring, yet deeply fragile, democracies in Asia. Yvonne Tew offers an in-depth look at contemporary Malaysia and Singapore, explaining how courts protect and construct constitutionalism even as they confront dominant political parties and negotiate democratic transitions. This richly illustrative account offers at once an engaging analysis of Southeast Asia's constitutional context, as well as a broader narrative that should resonate in many countries across Asia that are also grappling with similar challenges of colonial legacies, histories of authoritarian rule, and societies polarized by race, religion, and identity. The book explores the judicial strategies used for statecraft in Asian courts, including an analysis of the specific mechanisms that courts can use to entrench constitutional basic structures and to protect rights in a manner that is purposive and proportionate. Tew's account shows how courts in Asia's emerging democracies can chart a path forward to help safeguard a nation's constitutional core and to build an enduring constitutional framework. 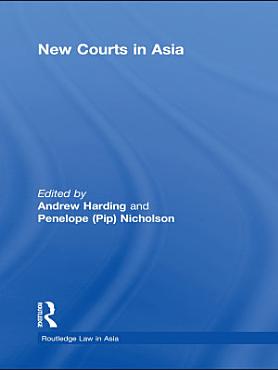 
This book discusses court-oriented legal reforms across Asia with a focus on the creation of ‘new courts’ over the last 20 years. Contributors discuss how to judge new courts and examine whether the many new courts introduced over this period in Asia have succeeded or failed. The ‘new courts’ under scrutiny are mainly specialist courts, including those established to hear cases involving intellectual property disputes, bankruptcy petitions, commercial contracts, public law adjudication, personal law issues and industrial disputes. The justification of the trend to ‘judicialize’ disputes has seen the invocation of Western-style rule of law as necessary for the development of the market economy, democratization, good governance and the upholding of human rights. This book also includes critics of court building who allege that it serves a Western agenda rather than serving local interests, and that the emphasis on judicialization marginalises alternative local and traditional modes of dispute resolution. Adopting an explicitly comparative perspective, and contrasting the experiences of important Asian states - China, Japan, Korea, Malaysia, Vietnam, Brunei, Thailand and Indonesia - this book considers critical questions including: Why has the ‘new-court model’ been adopted, and why do international development agencies and nation-states tend to favour it? What difficulties have the new courts encountered? How have the new courts performed? What are the broader implications of the trend towards the adoption of judicial solutions to economic, social and political problems? Written by world authorities on court development in Asia, this book will not only be of interest to legal scholars and practitioners, but also to development specialists, economists and political scientists. 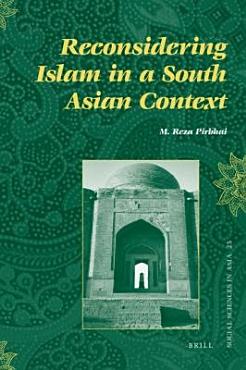 
Despite late reconsideration, a dominant paradigm rooted in Orientalist essentialisations of Islam as statically legalistic and Muslims as uniformly transgressive when local customs are engaged, continues to distort perspectives of South Asia's past and present. This has led to misrepresentations of pre-colonial Muslim norms and undue emphasis on colonial reforms alone when charting the course to post-coloniality. This book presents and challenges staple perspectives with a comprehensive reinterpretation of doctrinal sources, literary expressions and colonial records spanning the period from the reign of the 'Great Mughals' to end of the 'British Raj' (1526-1947). The result is an alternative vision of this transformative period in South Asian history, and an original paradigm of Islamic doctrine and Muslim practice applicable more broadly. 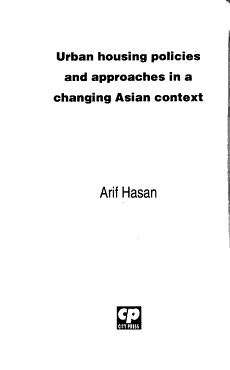 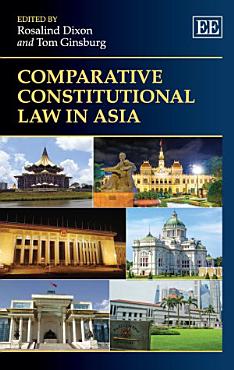 
Comparative constitutional law is a field of increasing importance around the world, but much of the literature is focused on Europe, North America, and English-speaking jurisdictions. The importance of Asia for the broader field is demonstrated here i 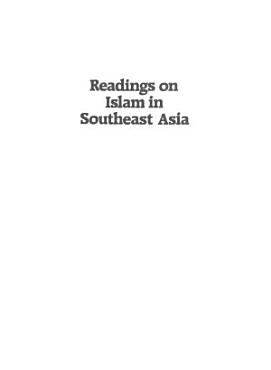 
This volume of selected readings on Islam is a portrait of the Southeast Asian Islamic mosaic, with emphasis on the contemporary period. The collection of articles also serves to reflect the broad thematic interest of scholars — not only indigenous and foreign, but also Muslim and non-Muslim — who have contributed to an understanding of Islam in Southeast Asia. 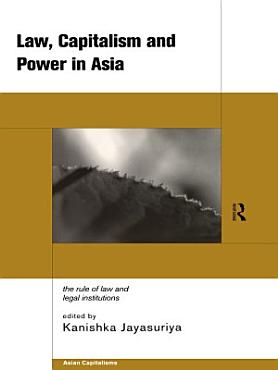 
A challenging and provocative book that contests the liberal assumption that the rule of law will go hand in hand with a transition to market-based economies and even democracy in East Asia. Using case studies from Hong Kong, China, Indonesia, Malaysia, Taiwan, Japan and Vietnam, the authors argue that the rule of law is in fact more likely to provide political elites with the means closely to control civil society. It is essential, therefore, to locate conceptions of judicial independence and the rule of law more generally within the ideological vocabulary of the state. 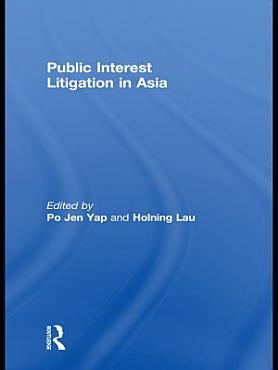 
This edited volume is a timely and insightful contribution to the growing discourses on public law in Asia. Surveying many important jurisdictions in Asia including mainland China, Hong Kong, India, Malaysia, Singapore, South Korea and Taiwan, the book addresses recent developments and experiences in the field of public interest litigation. The book offers a comparative perspective on public law, asking crucial questions about the role of the state and how private citizens around Asia have increasingly used the forms, procedures and substance of public law to advance public and political aims. In addition to addressing specific jurisdictions in Asia, the book includes a helpful and introduction that highlights regional trends in Asia. In the jurisdictions profiled, transnational public interest litigation trends have commingled with local dynamics. This volume sheds light on how that commingling has produced both legal developments that cut across Asian jurisdictions as well as developments that are unique to each of the jurisdictions studied. 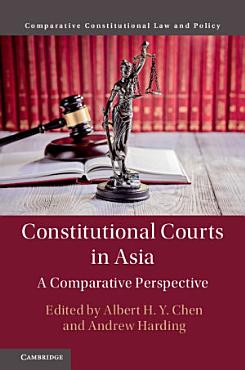 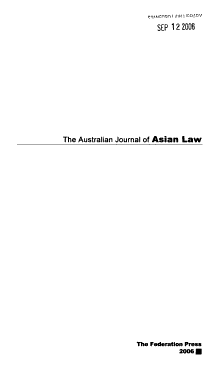 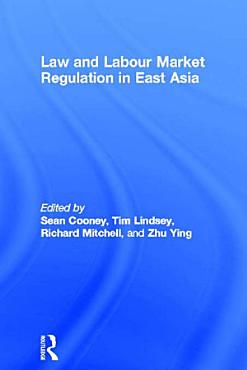 
This edited collection examines the labour laws of seven industrializing East Asian societies - China, Indonesia, Malaysia, South Korea, Taiwan, the Philippines and Vietnam - and discusses the variation in their impact across the whole region. Leading scholars from each country consider both laws pertaining to working conditions and industrial relations, and those that regulate the labour market as a whole. Legislation concerning migrant labour, gender equality, employment creation and skills formation is also examined. Adopting their own distinct theoretical perspectives, the authors trace the historical development of labour regulation and reveal that most countries in the region now have quite extensive frameworks. This book will be particularly useful to people interested in the place of labour law, and law in general, in contemporary East Asian societies.