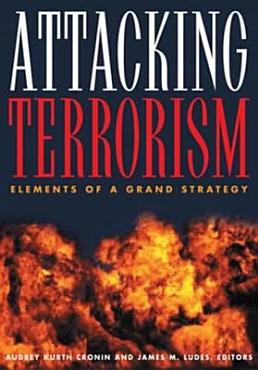 
The definition and understanding of "terrorism" is in a state of unprecedented evolution. No longer are acts of terrorism rare and far-flung. Following the horrendous attacks on the World Trade Center and the Pentagon, U.S. citizens have had their eyes opened to a new world where this nightmare stalks the daily news and is never far from consciousness. Attacking Terrorism brings together some of the world's finest experts, people who have made the study of this rising menace their life's work, to provide a comprehensive picture of the challenges and opportunities of the campaign against international terrorism. Part one, "The Nature of Terrorism," provides an overview and foundation for the current campaign, placing it within the political and historical context of previous threats and responses. Part two, "The Responses to Terrorism," looks at the range of policy instruments required in an effective strategy against terrorism. The contributors to this volume bring finely honed analyses and nuanced perspectives to the terrorist realities of the twenty-first century—history, analyses, and perspectives that have been too often oversimplified or myopic. They bring a new depth of understanding and myriad new dimensions to the crisis of terrorism. And they reach into aspects of counterterrorism that broaden our grasp on such important tools as diplomacy, intelligence and counterintelligence, psycho-political means, international law, criminal law enforcement, military force, foreign aid, and homeland security, showing not only how these tools are currently being employed but how often they are being underutilized as well. Attacking Terrorism demonstrates that there are no easy answers—and that the road toward victory will be long and arduous, frightening and dangerous—but as Audrey Kurth Cronin states in her introduction, "As the campaign against international terrorism unfolds, a crucial forward-looking process of strategic reassessment is under way in the United States, and this book is intended to be a part of it." 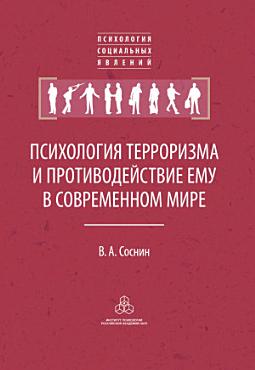 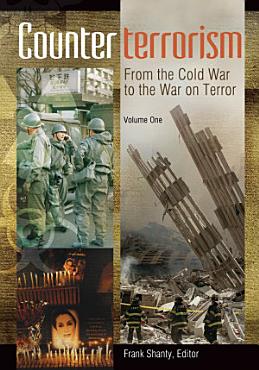 
This two-volume set examines modern nation-state legislative, diplomatic, military, and non-military attempts to combat terrorism within and outside state borders. The articles which comprise this comprehensive reference work address counterterrorism efforts employed by the international community prior to and following the events of September 11, 2001. • An evaluation of the evolution and effectiveness of select nation-state counterterrorism policies post-1945 • An examination of major issues and lessons-learned relative to the "Global War on Terrorism" • Discussion of historical and contemporary global counterterrorism strategies and potential future counterterrorism challenges 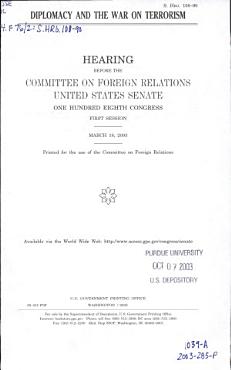 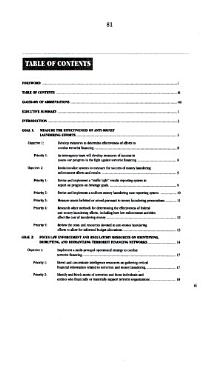 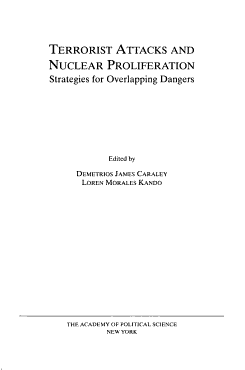 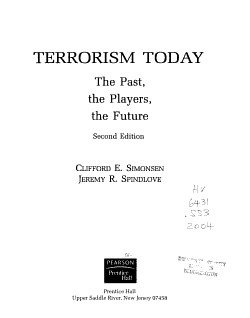 
For Terrorism courses in Law Enforcement; Criminal Justice; Criminology; Justice Administration; Security; Sociology; or Political Science. Exploring a subject largely ignored by academic writers, this introductory text uncovers terrorist activities in the United States and around the world, drawing from the authors' blend of academic and professional experiences. Its accessible, concise writing; relevant, current data; vivid photos and comprehensive scope provide an effective overview of the many sectors and operations that comprise the broad term of terrorism. 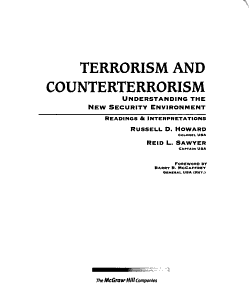 
This superbly researched book reflects the experiences of Colonel Russ Howard and Captain Reid Sawyer in teaching security-related courses in the Department of Social Sciences at West Point. Colonel Howard and Captain Sawyer have refined their thinking on the topic by their experimentation with the curriculum in these national security courses. We suggest that students of national security polity will find this book to be a unique combination of well-known and astute thinkers who have articulated the current and future policy implications of terrorism. The relevant experience of both Howard and Sawyer as editors places them in the best position to "connect the dots" of this wide-ranging material. - General Barry R. McCaffrey (Ret.), on back cover. 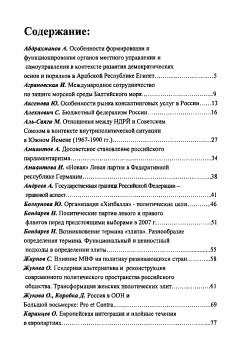 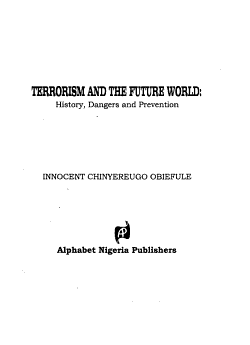 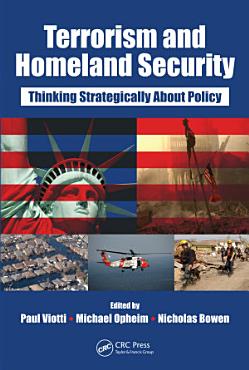 
Despite the fact that the Department of Homeland Security (DHS) has been active since November of 2002, the American homeland is still not secure from terrorist attack. What passes as DHS strategy is often just a list of objectives with vague references to the garnering of national resources, and the marshalling of support from other nations. Drawing on the expertise of several of the nation’s leading reseachers and policy experts, Terrorism and Homeland Security: Thinking Strategically About Policy provides policymakers with a much needed starting point for the creation of an effective coherent national security strategy. Its origins pre-dating 9-11, this volume grew out of an extensive project featuring the participation of various institutions including the Army War College. The primary goal: develop a strategy that optimizes security with minimal infringement on rights and liberties After addressing points salient to a central strategy, the book then identifies the domestic and external elements that need to be addressed in building such a strategy. To this end, it examines the nature of terrorist threats, looks at challenges specific to various weapons of mass destruction, and then goes beyond terrorism to discuss safeguarding society and its infrastructure from natural disasters. In concluding, the editors present a number of preliminary suggestions. It is hoped that policymakers and others may take these suggestions into account when developing a comprehensive national security strategy. 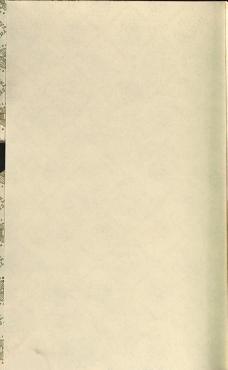