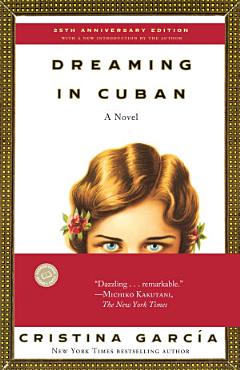 
“Impressive . . . [Cristina García’s] story is about three generations of Cuban women and their separate responses to the revolution. Her special feat is to tell it in a style as warm and gentle as the ‘sustaining aromas of vanilla and almond,’ as rhythmic as the music of Beny Moré.”—Time Cristina García’s acclaimed book is the haunting, bittersweet story of a family experiencing a country’s revolution and the revelations that follow. The lives of Celia del Pino and her husband, daughters, and grandchildren mirror the magical realism of Cuba itself, a landscape of beauty and poverty, idealism and corruption. Dreaming in Cuban is “a work that possesses both the intimacy of a Chekov story and the hallucinatory magic of a novel by Gabriel García Márquez” (The New York Times). In celebration of the twenty-fifth anniversary of the novel’s original publication, this edition features a new introduction by the author. Praise for Dreaming in Cuban “Remarkable . . . an intricate weaving of dramatic events with the supernatural and the cosmic . . . evocative and lush.”—San Francisco Chronicle “Captures the pain, the distance, the frustrations and the dreams of these family dramas with a vivid, poetic prose.”—The Washington Post “Brilliant . . . With tremendous skill, passion and humor, García just may have written the definitive story of Cuban exiles and some of those they left behind.”—The Denver Post 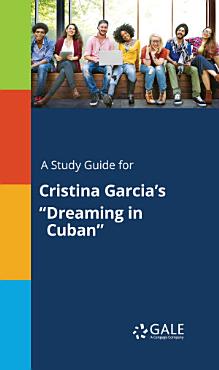 
A Study Guide for Cristina Garcia's "Dreaming in Cuban," excerpted from Gale's acclaimed Novels for Students. This concise study guide includes plot summary; character analysis; author biography; study questions; historical context; suggestions for further reading; and much more. For any literature project, trust Novels for Students for all of your research needs. 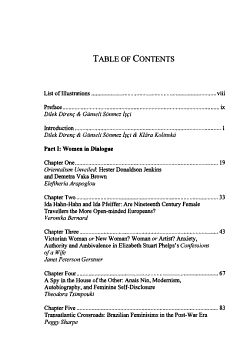 
Women in Dialogue: (M)Uses of Culture results from an international symposium held at Ege University, Izmir, Turkey, in 2006, which brought together scholars from over ten countries, and from multiple academic backgrounds, who share professional interest in womens studies, and, to no less degree, in current womens realities. The book presents a collection of essays united by a common focus on the position of women as objects of cultural production in different geographic, national, and political contexts, as well as the character and typology of womens contribution to cultural activity across the ethnic or religious divide marking the face of contemporary world. The volume comprises two sections: the first, titled Women in Dialogue, contains contributions which analyze literary representations of women from a variety of perspectives, and from diverse spatial and temporal locations. The second part, titled (M)Uses of Culture, includes personalized observations by several women writers, of both poetry and fiction, their commentaries on their own work as artists, and their deeply experienced musings on the position of women as artists in the world of today. The essays that this volume brings together are varied in subject matter; yet they are connected by the common theme, epitomized in the metaphor of dialogue, as a platform for active, productive communication, leading on the pages of the book, if not elsewhere to learning, and mutual understanding. 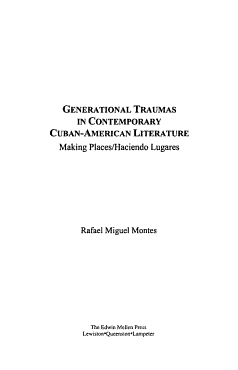 
Through a critical examination of a number of artistic, musical, and literary productions created by the children of Cuban exiles, this book defines frameworks with which to discuss second-generation Cuban-American texts. The work analyzes the social and political implications of works produced by several artists all engaged in defining a cultural identity in exile. 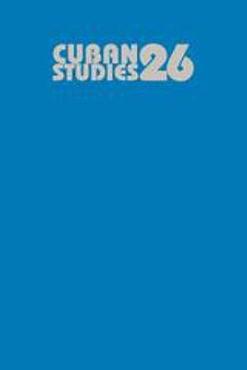 
Cuban Studies has been published annually by the University of Pittsburgh Press since 1985. Founded in 1970, it is the preeminent journal for scholarly work on Cuba. Each volume includes articles in both English and Spanish, a large book review section, and an exhaustive compilation of recent works in the field. 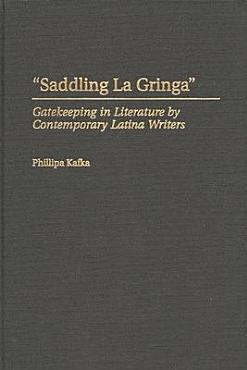 
Latina writers are often sensitive to the discrimination faced by Latinos and Latinas in the United States. Latinas are additionally oppressed because of their gender--because they are women, they hold a subordinate position in Latino culture. This book gives special attention to the role of female cultural "gatekeepers" in novels by contemporary Latina writers. These gatekeepers enforce and perpetuate patriarchal cultural constraints onto future generations of Latinas. The book begins by examining Judith Ortiz Cofer's Silent Dancing, a work which clearly illustrates the role of gatekeepers in perpetuating gendered power relations. It then turns to the works of Christina Garcia, Julia Alvarez, Rosario Ferre, and Magali Garcia Ramis. 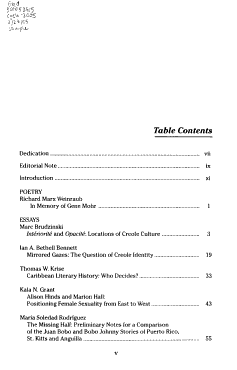 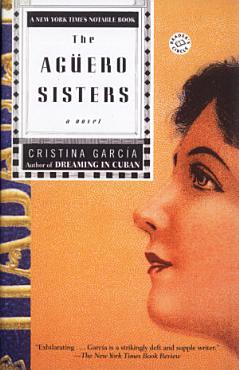 
When Cristina García's first novel, Dreaming in Cuban, was published in 1992, The New York Times called the author "a magical new writer...completely original." The book was nominated for a National Book Award, and reviewers everywhere praised it for the richness of its prose, the vivid drama of the narrative, and the dazzling illumination it brought to bear on the intricacies of family life in general and the Cuban American family in particular. Now, with The Agüero Sisters, García gives us her widely anticipated new novel. Large, vibrant, resonant with image and emotion, it tells a mesmerizing story about the power of family myth to mask, transform, and, finally, reveal the truth. It is the story of Reina and Constancia Agüero, Cuban sisters who have been estranged for thirty years. Reina, forty-eight years old, living in Cuba in the early 1990s, was once a devoted daughter of la revolución; Constancia, an eager to assimilate naturalized American, smuggled herself off the island in 1962. Reina is tall, darkly beautiful, unmarried, and magnetically sexual, a master electrician who is known as Compañera Amazona among her countless male suitors, and who basks in the admiration she receives in her trade and in her bed. Constancia is petite, perfectly put together, pale skinned, an inspirationally successful yet modest cosmetics saleswoman, long resigned to her passionless marriage. Reina believes in only what she can grasp with her five senses; Constancia believes in miracles that "arrive every day from the succulent edge of disaster." Reina lives surrounded by their father's belongings, the tangible remains of her childhood; Constancia has inherited only a startling resemblance to their mother--the mysterious Blanca--which she wears like an unwanted mask. The sisters' stories are braided with the voice from the past of their father, Ignacio, a renowned naturalist whose chronicling of Cuba's dying species mirrored his own sad inability to prevent familial tragedy. It is in the memories of their parents--dead many years but still powerfully present--that the sisters' lives have remained inextricably bound. Tireless scientists, Ignacio and Blanca understood the perfect truth of the language of nature, but never learned to speak it in their own tongue. What they left their daughters--the picture of a dark and uncertain history sifted with half-truths and pure lies--is the burden and the gift the two women struggle with as they move unknowingly toward reunion. And during that movement, as their stories unfurl and intertwine with those of their children, their lovers and husbands, their parents, we see the expression and effect of the passions, humor, and desires that both define their differences and shape their fierce attachment to each other and to their discordant past. The Agüero Sisters is clear confirmation of Cristina García's standing in the front ranks of new American fiction. From the Hardcover edition. 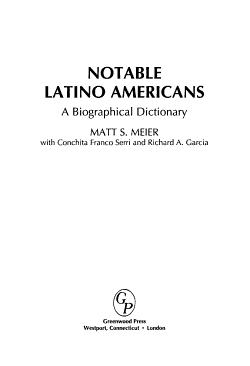 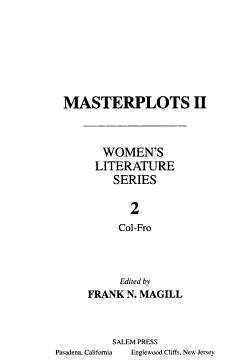 
Contains 536 essays that examine the most important books of fiction and nonfiction authored by women. 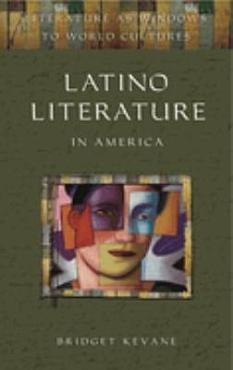 
Examines the contributions of eight Latino writers on the recent literary scene. 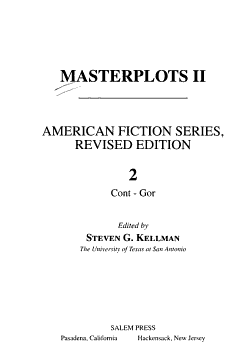 
Includes more than 360 interpretative essays on works of twentieth-century fiction published in the United States and Latin America.