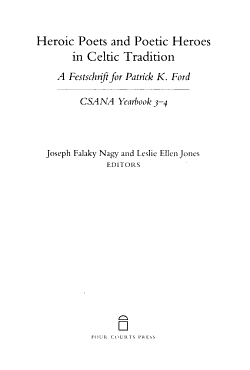 
This volume, a double issue of the CSANA Yearbook, containing articles from some of the leading scholars in Irish, Welsh, and medieval studies, honors Patrick K. Ford, the retiring Margaret Brooks Robinson Professor of Celtic Languages and Literatures at Harvard University, and a founding member of the Celtic Studies Association of North America. 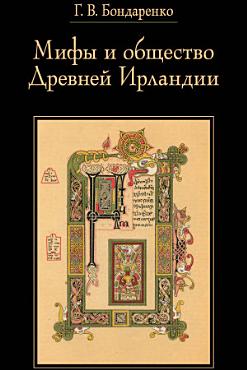 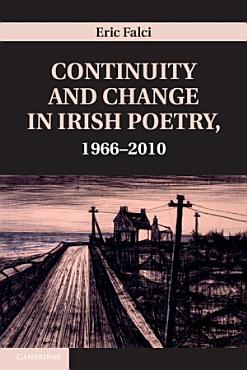 
In this book, Eric Falci reshapes the story of Irish poetry since the 1960s. He shows how polemical arguments concerning the role of poetry in 1960s Ireland evolve into a set of formal and compositional strategies for emerging Irish poets in the mid 1970s and beyond. His study presents a cohesive picture of the relationship between Northern Irish poetry from the Republic of Ireland since World War II and traces the lineage of lyric practice from a unique historical perspective. At the same time, it recontextualizes late twentieth-century Irish poetry within the long Irish poetic tradition, places Irish writing more accurately within the field of postwar Anglophone poetry and offers a new account of lyric's critical capacities. Of interest to Irish studies and twentieth-century poetry specialists, this book provides a much-needed guide to some of the most inventive and notable poetry written in the past forty years. 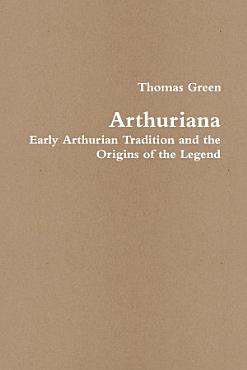 
This book collects together the academic and popular articles which have been published on the author's 'Arthurian Resources' website -- www.arthuriana.co.uk -- between 1998 and 2009.Praise for Thomas Green's 'Concepts of Arthur' (Tempus, 2007)'Valuable to anyone studying the Arthurian legend... vigorous and comprehensive' [Speculum, the Journal of the Medieval Academy of America]'Concepts of Arthur is that rare thing: a book that offers an original and refocused view of the nature of Arthur... I cannot fault or praise highly enough his respectful handling of British myth' [Arthuriana, the Journal of Arthurian Studies]'Demanding but very important' [Simon Young, author of 'AD 500'] 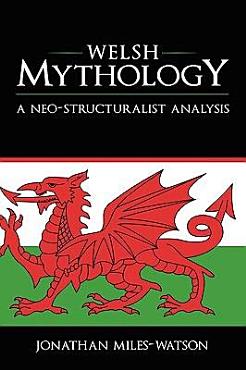 
A little-known lecture by Levi-Strauss is the inspiration for this work. In this lecture, he intuitively suggested that in medieval Europe there once existed a set of myths, centred on the grail, which are structurally the opposite of the goatsucker myths that he famously analyzed in his mythologiques series. This work uses Levi-Strauss' inspirational lecture as a launchpad for an exploration of a group of related medieval Welsh myths, two of which have been briefly considered previously by Levi-Strauss himself. The root of the methodological approach this book employs throughout is the Structuralism of Claude Levi-Strauss; however, it has been modified to incorporate the suggestions of later neo-Structuralists. This analysis tool is applied to a group of myths, which have become conveniently--if somewhat erroneously--known as the Mabinogion. The name Mabinogion appears as part of a colophon at the end of one of the myth of Pwyll and it was later adopted first by Pugh (1835), and then by Lady Charlotte Guest (1838) as a title for their now famous translations of Welsh mythology. Consequently, the title has stuck to describe the material that is contained within their translations and, while it is a somewhat inaccurate way to describe the myths, it has the virtues of being both a succinct and widely recognised signifier. The term has come to signify eight myths, or perhaps more accurately eight groups of myths, which are all present in the late fourteenth-century manuscript Llyfr Coch Hergest (The Red Book of Hergest), and all but one of which can be found in the slightly earlier Llyfr Gwyn Rhydderch (The White Book of Rhydderch). As such, the Mabinogion is the key collection of medieval Welsh mythology and an important source for early Arthurian material. Although Structuralism and the Mabinogion have attracted a good deal of attention from the academic world, there has been never been a sustained attempt to follow Levi-Strauss' intuitive insights with a methodical Structuralist analysis of this material. In the year of Levi-Strauss' centenary celebrations, this work is the first sustained attempt to follow his intuitive suggestions about several Mabinogion myths with a detailed Structuralist analysis of the Mabinogion. This work is therefore a unique anthropological presentation and analysis of the Mabinogion, which argues for a radical, new interpretation of these myths in light of the existence of a central system of interlocking symbols that has the Grail at its heart. Through the analysis, the book reveals a logical organizational principle that underlies a body of material that has previously been viewed as disparate and confusing. This underlying structure is demonstrated to be, as Levi-Strauss suggested it may, the opposite of that which Levi-Strauss himself uncovered in the Americas. The revelation of this new form of underlying structure leads to a rethinking of some important aspects of Structuralism, including the Canonical formula, at the same time as acting as a tribute to the farsightedness of Levi-Strauss. This book makes important contributions to the fields of Arthurian studies, anthropology, Celtic studies, cultural studies, medieval studies, mythology and religious studies."


Lists articles, notes, and similar literature on medieval subjects in journals, Festschriften, conference proceedings, and collected essays. Covers all aspects of medieval studies within the date range of 450 to 1500 for the entire continent of Europe, the Middle East and North Africa for the period before the Muslim conquest and parts of those areas subsequently controlled by Christian powers. 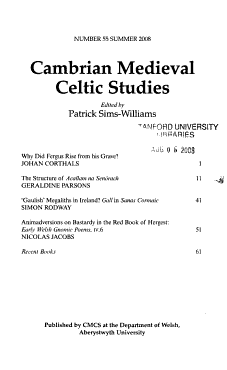 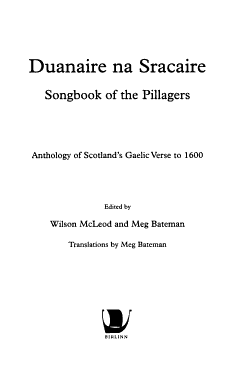 
"Duanaire na Sracaire is the first anthology to bring together Scotland's Gaelic poetry from the millennium c.600-1600 A.D., when Scotland shared its rich culture with Ireland. It includes a huge range of diverse poetry: prayers and hymns of Iona, Fenian lays, praise poems and satires, courtly songs and lewd rants, songs of battle and death, incantations and love poems. All poems appear with facing-page translations which capture the spirit and beauty of the originals and are accompanied by detailed notes."--Back cover. 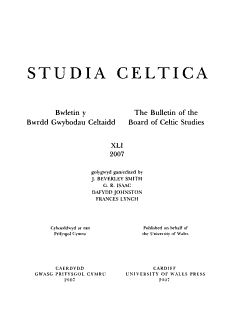 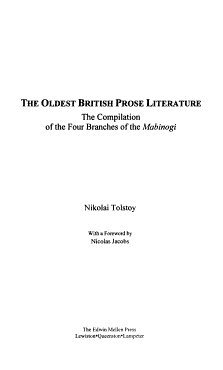 
Oldest British Prose Literature : The Compilation of the Four Branches of the Mabinogi 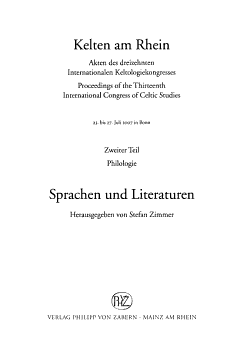 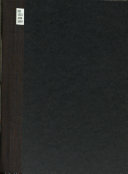