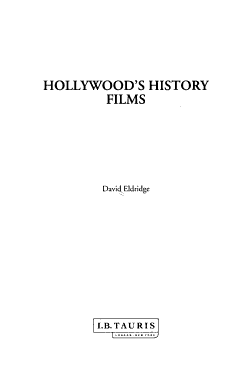 
Focusing on the 1950s when Hollywood's interest in the past was at its peak, this title reconstructs how filmmakers understood their treatment of the past, suggesting why many of them saw their work as superior to that of professional historians. 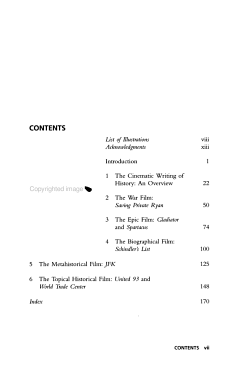 
The Hollywood Historical Film is an entertaining and erudite cinematic journey through the controversial portrayal of history on film — from the swashbuckling epics of the silent era to up-to-the-minute dramas like World Trade Center. With thought-provoking analysis, film historian Robert Burgoyne reveals the dual nature of historic films — how they deepen our understanding of historical events while shaping and often altering our views of the past. Burgoyne examines the power of historic films to entertain and promote national myths while influencing public opinion. He also reviews how contemporary filmmakers like Oliver Stone cleverly restage the past to reframe our memories of actual historic events. For students of film and history — and fans alike — The Hollywood Historical Film is a timely exploration of the world of historical films. 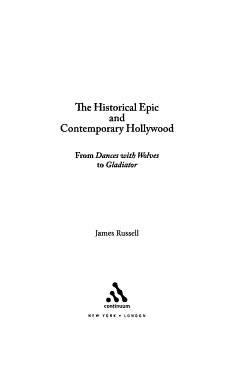 
The Historical Epic in Contemporary Hollywood seeks to document and explain a recent revival of historical epic films in Hollywood. Rather than relying on abstract theoretical approaches, James Russell employs empirical historical techniques to explore how industrial conditions, and the agendas of key directors, writers and producers, led to the increased production of historical epics such as Dances With Wolves (1990), Titanic (1997), Gladiator (2000) and The Passion of the Christ (2004). The book begins by exploring the careers of filmmakers like Steven Spielberg, James Cameron and Mel Gibson during the 1990s. Russell looks in detail at their agendas, the production of their films, and at the content of the films themselves. As the book progresses, he goes on to address the activities of the major studios, in terms of production and marketing, and looks at changing industrial conditions, such as the emergence of DVD. Finally, Russell examines social trends, particularly increasing levels of religious commitment and political division in America. The Historical Epic in Contemporary Hollywood, which has been thoroughly researched in archival collections in Los Angeles and New York, deliberately focuses on the activities of individuals working in the Hollywood film industry - the result is an original and interesting account of the ways that contemporary epic films get made, and speak to modern audiences. Ultimately, the book argues that historical epics reappeared in the 1990s partly as a result of changing industrial conditions, but mainly because a generation of filmmakers, all born during the so-called 'baby boom,' began to seek out meaningful ways of passing on historical knowledge to younger generations as they grew older. The epics released in the 1950s and 1960s, when Spielberg, Cameron, et al, were children constitute a key reference point in this process of renewal and reinvention in Hollywood. 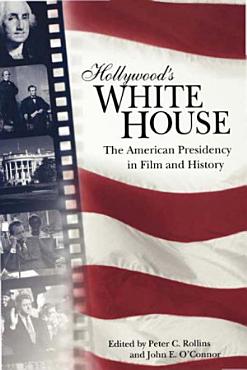 
" Winner of the 2003 Ray and Pat Browne Book Award, given by the Popular Culture Association The contributors to Hollywood’s White House examine the historical accuracy of these presidential depictions, illuminate their influence, and uncover how they reflect the concerns of their times and the social and political visions of the filmmakers. The volume, which includes a comprehensive filmography and a bibliography, is ideal for historians and film enthusiasts. 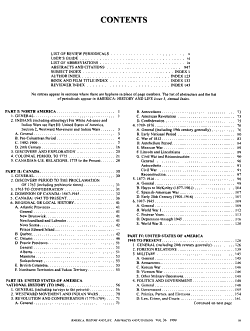 
Provides historical coverage of the United States and Canada from prehistory to the present. Includes information abstracted from over 2,000 journals published worldwide. 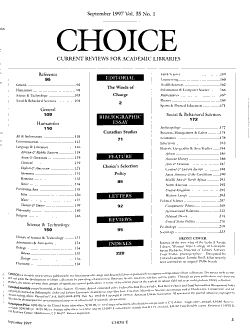 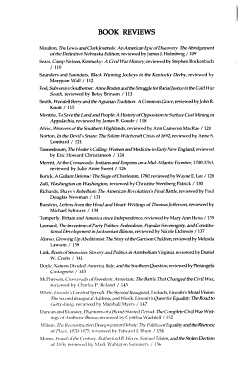 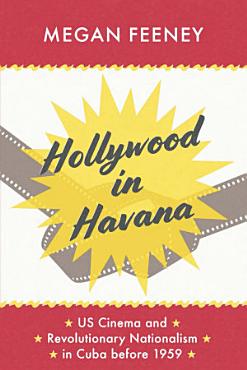 
In the 1940s and '50s, Havana was a locus for American movie stars, with glamorous visitors including Errol Flynn, Bette Davis, Joan Crawford, and Marlon Brando. In fact, Hollywood was seemingly everywhere in pre-Castro Havana, with movie theaters three to a block in places, widely circulated silver screen fanzines, and terms like "cowboy" and "gangster" becoming part of Cuban vernacular speech. Hollywood in Havana takes this historical backdrop as the catalyst for a startling question: Did exposure to half a century of Hollywood pave the way for the Cuban Revolution of 1959? Megan Feeney argues that American movies helped condition Cuban audiences to expect and even demand purer forms of Cuban democracy and national sovereignty after seeing freedom-fighting and rebellious values and behaviors on display in wartime dramas and film noirs. At the same time, influential Cuban intellectuals worked to translate cinematic ethics into revolutionary rhetoric--which, ironically, led to pointed critiques of the US presence in Cuba and which were eventually used to subvert American foreign policy. Hollywood in Havana adds to our evolving notions of how American cinema has been internalized and localized around the world, while also broadening our views of the ongoing history of US-Cuban interactions, both cultural and political. 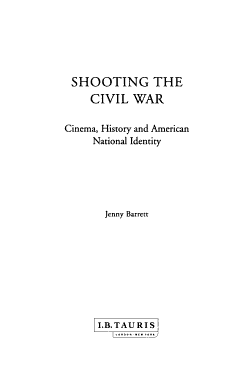 
No fewer than seven hundred Civil War films have been made by Hollywood from early silent days to the present, from the epoch-making "Birth of a Nation", through "The Red Badge of Courage" and "Gone With the Wind" to the recent "Glory", "Ride with the Devil" and "Cold Mountain". This readable and innovative book on the American Civil War as presented in Hollywood cinema goes deep into the best of these films, arguing that rather than belonging to a single genre, Civil War films are to be found across genres, as domestic melodramas, Westerns or combat films for example. As such, they have fresh insights to give into the war and into America's sense of itself."Shooting the Civil War" shows how these films create an American ancestor who is blameless and undertakes a process of reinscription into the American historical family. It also makes the remarkable revelation that no Civil War film yet made has had a central black character who survives the war, fathers the children of the future, and can stand as representative of the whole American people. To this extent, the book is saying, the Civil War remains a work in progress. 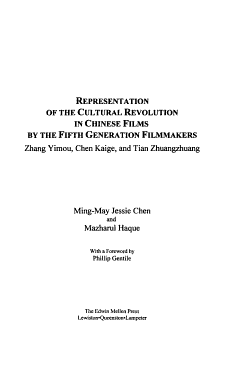 
This book examines historical events related to the Chinese Cultural Revolution between 1966 and 1976, focusing mainly on the work of the so-called Fifth Generation filmmakers who experienced the Cultural Revolution first hand and produced movies about it, though attention is also given to the films from the Third, Fourth, and Sixth Generation directors. Assuming that fictional films can be seen as an agent enhancing our historical understanding, this study, employing an interdisciplinary approach involving history, philosophy, literature, and ideology, and using the Chinese Cultural Revolution as an example, attempts to examine how such a theory of film might fit into a philosophy of history, while also aiming to find places where film and history intersect. 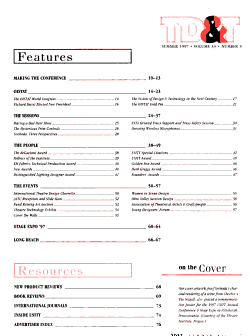