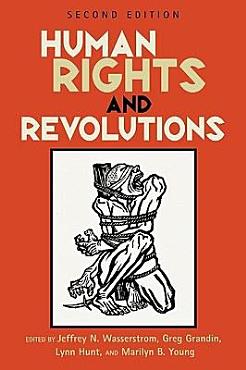 
Now in a revised and updated edition with added original chapters, this acclaimed book provides an interdisciplinary perspective on the complex links between revolutionary struggles and human rights. Covering events as far removed from one another as the English Civil War, the Parisian upheavals of 1789, Latin American independence struggles, and protests in late twentieth-century China, the contributors explore the paradoxes of revolutions that have both helped spur new advances in thinking about human rights and produced regimes that commit a range of abuses. Exploring the changes over time in conceptions of human rights in Western and non-Western contexts, this work offers a unique window into the history of the modern world and a fresh context for understanding today's pressing issues.


A rich collection of 38 primary documents covering the issue of rights and citizenship in Revolutionary France. There is an extensive introductory essay which provides the context for the documents and discusses the controversies over citizenship and rights in Enlightenment and Revolutionary France. Many of the documents have never been published before in English and they allow the students to read and analyse firsthand the many debates over human rights engendered by the French Revolution. 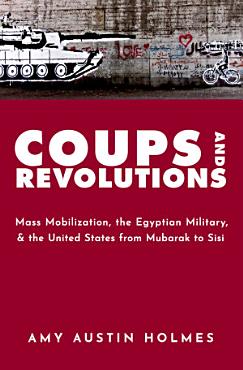 
In 2011, Egypt witnessed more protests than any other country in the world. Counter to the received narrative, Amy Austin Holmes argues that the ousting of Mubarak in 2011 did not represent the culmination of a revolution or the beginning of a transition period, but rather the beginning of a revolutionary process that would unfold in three waves, followed by two waves of counterrevolution. This book offers the first analysis of both the revolution and counterrevolution in Egypt from January 2011 until June 2018. The period of revolutionary upheaval played out in three uprisings against three distinct forms of authoritarian rule: the Mubarak regime and the police state that protected it, the unelected military junta known as the Supreme Council of Armed Forces, and the religious authoritarianism of the Muslim Brotherhood. The counterrevolution occurred over two periods: the first under Adly Mansour as interim president and the second after El Sisi was elected president. While the regime imprisoned or killed the leadership of the Muslim Brotherhood and many secular activists during the first wave of the counterrevolution, it turned against civil society at large during the second: NGOs, charities, media, academia, and minority groups. In addition to providing new and unprecedented empirical data, Coups and Revolutions makes two theoretical contributions. First, it presents a new framework for analyzing the state apparatus in Egypt based on four pillars of regime support that can either prop up or press upon whoever is in power. These are the Egyptian military, the business elite, the United States, and the multi-headed opposition. Secondly, the book brings together the literature on bottom-up revolutionary movements and top-down military coups, and it introduces the concept of a coup from below in contrast to the revolution from above that took place under Gamal Abdel Nasser. 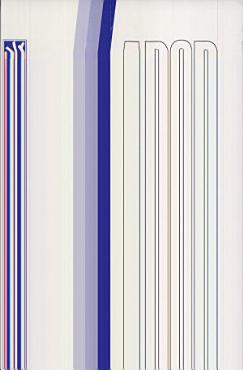 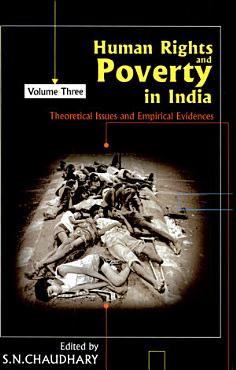 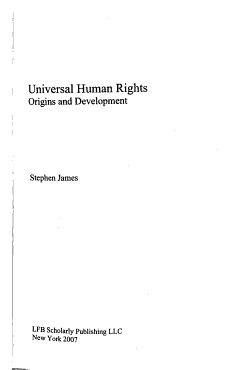 
James examines at a broad level the concept of universalistic and "dignitarian" human rights, as expressed in such covenants as the International Bill of Rights, two United Nations documents published in 1966 that delineate civil, political, economic, social and cultural rights for all human beings. He gives an interdisciplinary account of the historical, legal, political, theoretical and philosophical development of ideas about human rights from the beginnings of our understanding of them up to 1939, describes the horrors of World War II and the resulting goal of the then-developing UN to create a universal declaration of human rights, and examines the often clashing concepts and motivations behind the creation of the 1966 covenants. 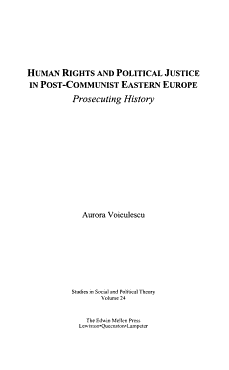 
Values, politics and law are inextricably intertwined in a communal effort to ensure respect for the human dignity of all the individuals in a society. This sentiment is often expressed, but rearely understood in the context of legal analysis. Proponents of sociolegal analysis often focus on particular actors or particular processes giving little attention to the communal aspects of justice. Because of this political entities in particular have been able to avoid responsibility for their past offenses to the human dignity of the communities who had invested them with the trust of government. Dr. Aurora Voiculescu's addresses this problem by examining the responsibility of collective political actors for human rights abuses. Instead of rehashing the developments within the sphere of individual and state responsibility, Dr. Voiculescu breaks new ground by considering communal needs for the responsibility of political collectives. At the centre of her work is the responsibility of the nomenklatura and what this means for societies over which they reigned. Drawing upon examples from the emerging democracies of Eastern Europe she analyzes the need for justice and ways in which this need 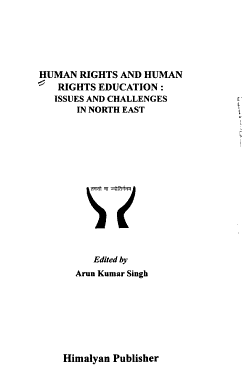 
Contributed articles presented at a seminar. 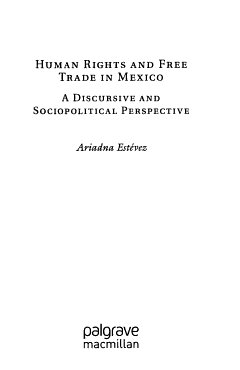 
This book demonstrates how human rights instruments and values have brought different movements together in the struggle against free trade under the banners of state duty and law enforcement with their underlying principles of equality and human dignity. Special emphasis is placed on how subjectivities influence identification with certain values and legal or political strategies. Furthermore, by focusing on the understanding of human rights by social agents the book also shows that specific human rights have more political potential for certain types of subjects in the struggle against free trade than others, such as the right to development, the rights of women and the right to food. This analysis is conducted with a specifically Latin American theorization of human rights that challenges both Eurocentric scholarly works on the issue and the arguments of European activists directed at the allegedly Western authorship of human rights discourses. 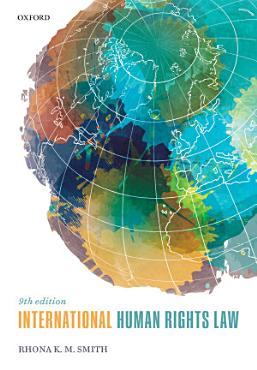 
The only introductory, straightforward textbook on International Human Rights Law: Broad in scope, concise in approach.International Human Rights Law, ninth edition, provides a concise and wide-ranging introduction for students new to the subject. Written with newcomers in mind, the book's concise and direct approach enables students with no legal background to develop a good understanding of International Human Rights Law.Coverage includes regional systems of protection, the role of the UN, and a variety of substantive rights. The author skilfully guides students through the complexities of the subject, and then prepares them for further study and research. Key cases and areas of debate are highlighted throughout, and a wealth of references to cases and further readings are provided at the end of each chapter.NEW TO THIS EDITIONThe discussion topics and examples have been updated and a new overview of international law has been added to the introductionIncludes a new chapter on sustainable development and human rights, with particular focus on the UN 2030 Agenda for Sustainable DevelopmentExpanded coverage of freedom of expression in the digital age and of the challenges posed by non-state actors.This title is available as an eBook. Please contact your Learning Resource Consultant for more information. 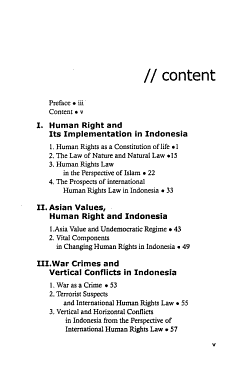 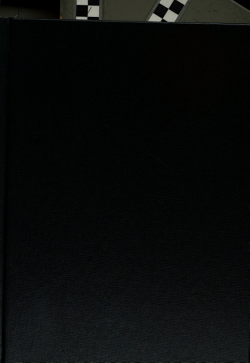