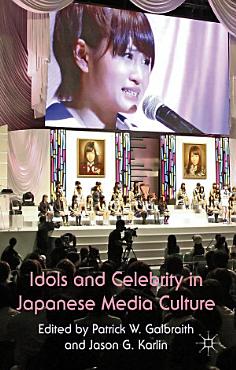 
"Spend even a day in a major Japanese city like Tokyo or Osaka and you won't be able to ignore them: 'idols,' or heavily produced and promoted men and women who perform across media genres and platforms. They appear in magazines and advertisements, perform on TV and on stage, recorded and live. Though central to the workings and experience of media in Japan, idols have unfortunately had only a marginal place in the scholarship. This collection offers the most complete and compelling account of one of the most fascinating and least understood aspects of Japanese media culture today. It brings together a group of interdisciplinary scholars who engage the study of media, gender and celebrity. Sensitive to history and the contemporary scene, essays cover male and female idols, production and consumption, industrial structures and fan movements." -- Publisher's description. 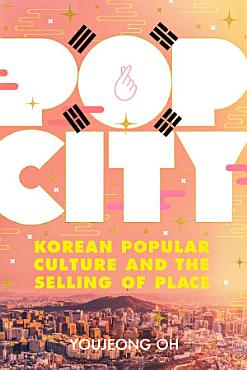 
Pop City examines the use of Korean television dramas and K-pop music to promote urban and rural places in South Korea. Building on the phenomenon of Korean pop culture, Youjeong Oh argues that pop culture-featured place selling mediates two separate domains: political decentralization and the globalization of Korean popular culture. The local election system introduced in the mid 90s has stimulated strong desires among city mayors and county and district governors to develop and promote their areas. Riding on the Korean Wave—the overseas popularity of Korean entertainment, also called Hallyu—Korean cities have actively used K-dramas and K-pop idols in advertisements designed to attract foreign tourists to their regions. Hallyu, meanwhile, has turned the Korean entertainment industry into a speculative field into which numerous players venture by attracting cities as sponsors. By analyzing the process of culture-featured place marketing, Pop City shows that urban spaces are produced and sold just like TV dramas and pop idols by promoting spectacular images rather than substantial physical and cultural qualities. Popular culture-associated urban promotion also uses the emotional engagement of its users in advertising urban space, just as pop culture draws on fans’ and audiences’ affective commitments to sell its products. Oh demonstrates how the speculative, image-based, and consumer-exploitive nature of popular culture shapes the commodification of urban space and ultimately argues that pop culture–mediated place promotion entails the domination of urban space by capital in more sophisticated and fetishized ways. 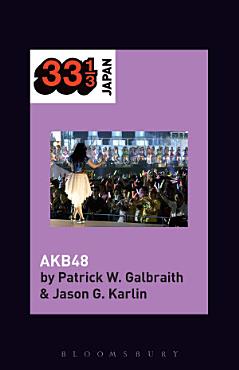 
Since its formation as a girl group in 2005, AKB48 has become a phenomenal success and institution in Japan. Having originally recruited fans with photocopied fliers and daily performances in the Akihabara area of Tokyo, AKB48 now saturates Japan. Its members--nearly 800 of them, including five sister groups and four so-called "rival groups" across Japan, as well as six sister groups in other Asian cities--appear in print, broadcast, online, and social media; in advertisements and on products; at home and on the train; on- and off-screen. AKB48's multi-platform omnipresence is characteristic of "idols," whose intimate relationship to fans and appeals to them for support have made the group dominant on the Oricon Yearly Singles Chart in the 2010s; they hold several records, including most consecutive million-selling singles sold in Japan. A unique business model relentlessly monetizes fans' affections through meet-and-greet events and elections, which maximize CD sales, and their saturated presence in the media. At a time when affect is more important than ever in economic, political, and social theory, this book explores the intersection of idols and affect in contemporary Japan and beyond.


The Japanese media system is in a state of flux as a result of shifts in the digital economy, new audience metrics and declining print and broadcast revenues. This volume examines issues of media consolidation, participatory culture and franchising in contemporary Japan, and explores how the Japanese media system is adapting to change in light of its tendency toward prioritizing domestic markets, restricting access and co-opting fan movements. The chapters consider conflict and negotiations within the Japanese media system, structural transformations, emerging modes of producer and audience relations and potential sites of innovation. 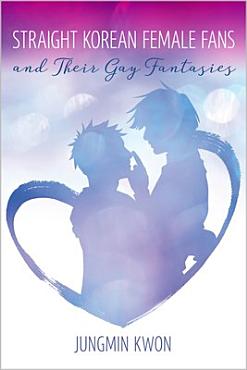 
"This study is about ardent Korean female fans of gay representation in the media, their status in contemporary Korean society, their relationship with other groups such as gay men, and, above all, their contribution to reshaping the media's portrayal of gay people, as well as the public attitude toward sexually marginalized groups. Kwon calls the female fandom of gay portrayals "FANtasy culture" and argues that it enables the present growing visibility of the gay body in Korean mainstream media. She also argues that fandom has functioned as a catalyst to ameliorate a harsh reality for a marginalized group. The FANtasy subculture started forming around text-based media, such as yaoi (or "boys' love" manga, a Japanese genre), fan fiction, and U.S. gay-themed dramas, and has been influenced by diverse social, political, and economic conditions, such as the democratization of Korea, an open policy toward foreign media and cultural products, the diffusion of consumerism, government investment in Korean culture, the Hollywoodization of the film industry, and the popularity of Korean culture abroad. While much scholarly attention has been paid to the female fans of homoerotic cultural texts in other countries, Kwon explores both the understudied Korean case and another aspect of the subculture that has been relatively neglected: its location in and influence on the society at large"-- 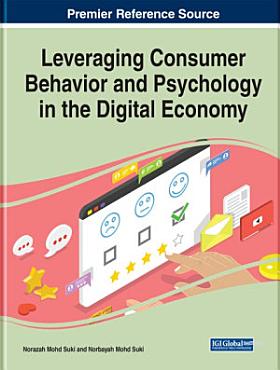 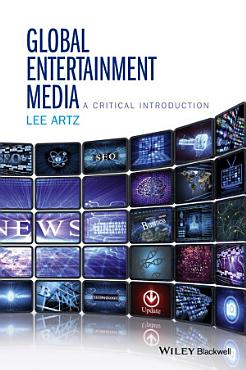 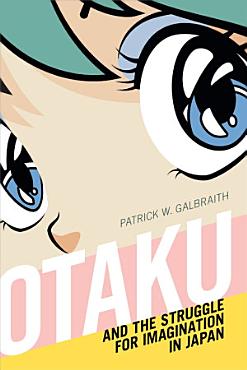 
From computer games to figurines and maid cafes, men called “otaku” develop intense fan relationships with “cute girl” characters from manga, anime, and related media and material in contemporary Japan. While much of the Japanese public considers the forms of character love associated with “otaku” to be weird and perverse, the Japanese government has endeavored to incorporate “otaku” culture into its branding of “Cool Japan.” In Otaku and the Struggle for Imagination in Japan, Patrick W. Galbraith explores the conflicting meanings of “otaku” culture and its significance to Japanese popular culture, masculinity, and the nation. Tracing the history of “otaku” and “cute girl” characters from their origins in the 1970s to his recent fieldwork in Akihabara, Tokyo (“the Holy Land of Otaku”), Galbraith contends that the discourse surrounding “otaku” reveals tensions around contested notions of gender, sexuality, and ways of imagining the nation that extend far beyond Japan. At the same time, in their relationships with characters and one another, “otaku” are imagining and creating alternative social worlds.


With the spread of manga (Japanese comics) and anime (Japanese cartoons) around the world, many have adopted the Japanese term 'otaku' to identify fans of such media. The connection to manga and anime may seem straightforward, but, when taken for granted, often serves to obscure the debates within and around media fandom in Japan since the term 'otaku' appeared in the niche publication Manga Burikko in 1983. Debating Otaku in Contemporary Japan disrupts the naturalization and trivialization of 'otaku' by examining the historical contingency of the term as a way to identify and contain problematic youth, consumers and fan cultures in Japan. Its chapters, many translated from Japanese and available in English for the first time – and with a foreword by Otsuka Eiji, former editor of Manga Burikko – explore key moments in the evolving discourse of 'otaku' in Japan. Rather than presenting a smooth, triumphant narrative of the transition of a subculture to the mainstream, the edited volume repositions 'otaku' in specific historical, social and economic contexts, providing new insights into the significance of the 'otaku' phenomenon in Japan and the world. By going back to original Japanese documents, translating key contributions by Japanese scholars and offering sustained analysis of these documents and scholars, Debating Otaku in Contemporary Japan provides alternative histories of and approaches to 'otaku'. For all students and scholars of contemporary Japan and the history of Japanese fan and consumer cultures, this volume will be a foundation for understanding how 'otaku', at different places and times and to different people, is meaningful. 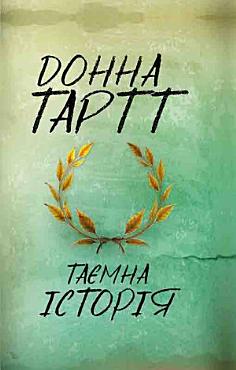 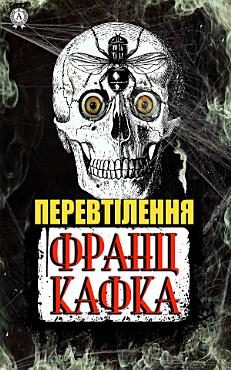 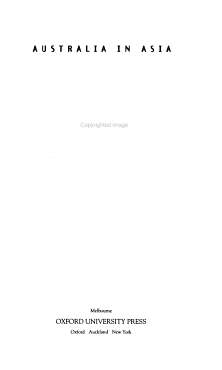 
Australia in Asia: Comparing Cultures provides a sophisticated analysis of the cultural differences that exist between Australia and the various countries of the Asian region. Leading specialists in Australian and Asian studies have been brought together to produce this timely and provocative book. As practical as it is theoretical in its approach, it includes chapters on issues that are of vital importance in Australian Asian relations: business ethics, human rights, education, labour relations, democracy, national security, the media, citizenship and government.