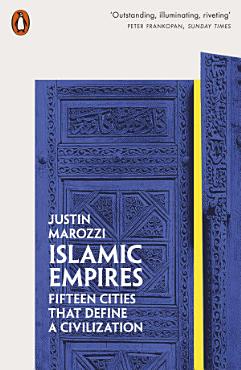 
'Outstanding, illuminating, compelling ... a riveting read' Peter Frankopan, Sunday Times Islamic civilization was once the envy of the world. From a succession of glittering, cosmopolitan capitals, Islamic empires lorded it over the Middle East, North Africa, Central Asia and swathes of the Indian subcontinent. For centuries the caliphate was both ascendant on the battlefield and triumphant in the battle of ideas, its cities unrivalled powerhouses of artistic grandeur, commercial power, spiritual sanctity and forward-looking thinking. Islamic Empires is a history of this rich and diverse civilization told through its greatest cities over fifteen centuries, from the beginnings of Islam in Mecca in the seventh century to the astonishing rise of Doha in the twenty-first. It dwells on the most remarkable dynasties ever to lead the Muslim world - the Abbasids of Baghdad, the Umayyads of Damascus and Cordoba, the Merinids of Fez, the Ottomans of Istanbul, the Mughals of India and the Safavids of Isfahan - and some of the most charismatic leaders in Muslim history, from Saladin in Cairo and mighty Tamerlane of Samarkand to the poet-prince Babur in his mountain kingdom of Kabul and the irrepressible Maktoum dynasty of Dubai. It focuses on these fifteen cities at some of the defining moments in Islamic history: from the Prophet Mohammed receiving his divine revelations in Mecca and the First Crusade of 1099 to the conquest of Constantinople in 1453 and the phenomenal creation of the merchant republic of Beirut in the nineteenth century. 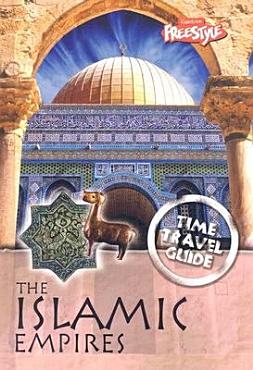 
Details the growth of the Islamic community and its rise to a position of global power, profiling the leaders of Muslim dynasties, the expansion of their territories, and conflicts between them and other cultures. 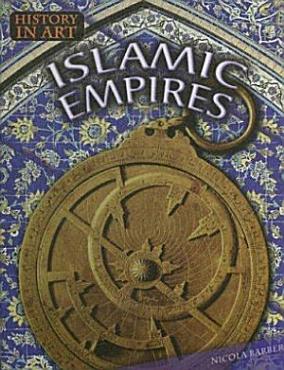 
Examines several pieces of Islamic artwork, and explains the culture's history and social conditions based on its surviving artifacts. 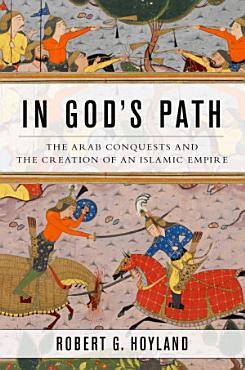 
In just over a hundred years--from the death of Muhammad in 632 to the beginning of the Abbasid Caliphate in 750--the followers of the Prophet swept across the whole of the Middle East, North Africa, and Spain. Their armies threatened states as far afield as the Franks in Western Europe and the Tang Empire in China. The conquered territory was larger than the Roman Empire at its greatest expansion, and it was claimed for the Arabs in roughly half the time. How this collection of Arabian tribes was able to engulf so many empires, states, and armies in such a short period of time is a question that has perplexed historians for centuries. Most recent popular accounts have been based almost solely on the early Muslim sources, which were composed centuries later for the purpose of demonstrating that God had chosen the Arabs as his vehicle for spreading Islam throughout the world. In this ground-breaking new history, distinguished Middle East expert Robert G. Hoyland assimilates not only the rich biographical and geographical information of the early Muslim sources but also the many non-Arabic sources, contemporaneous or near-contemporaneous with the conquests. The story of the conquests traditionally begins with the revelation of Islam to Muhammad. In God's Path, however, begins with a broad picture of the Late Antique world prior to the Prophet's arrival, a world dominated by the two superpowers of Byzantium and Sasanian Persia, "the two eyes of the world." In between these empires, in western (Saudi) Arabia, emerged a distinct Arab identity, which helped weld its members into a formidable fighting force. The Arabs are the principal actors in this drama yet, as Hoyland shows, the peoples along the edges of Byzantium and Persia--the Khazars, Bulgars, Avars, and Turks--also played important roles in the remaking of the old world order. The new faith propagated by Muhammad and his successors made it possible for many of the conquered peoples to join the Arabs in creating the first Islamic Empire. Well-paced and accessible, In God's Path presents a pioneering new narrative of one the great transformational periods in all of history. 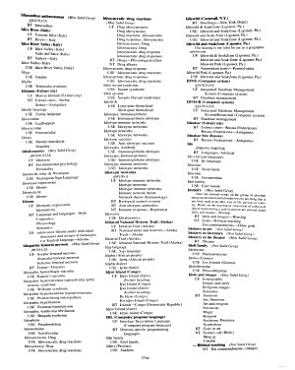 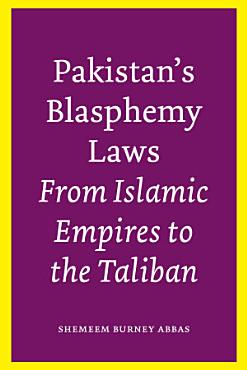 
Under the guise of Islamic law, the prophet Muhammad’s Islam, and the Qur’an, states such as Pakistan, Afghanistan, Egypt, Saudi Arabia, and Bangladesh are using blasphemy laws to suppress freedom of speech. Yet the Prophet never tried or executed anyone for blasphemy, nor does the Qur’an authorize the practice. Asserting that blasphemy laws are neither Islamic nor Qur‘anic, Shemeem Burney Abbas traces the evolution of these laws from the Islamic empires that followed the death of the Prophet Muhammad to the present-day Taliban. Her pathfinding study on the shari’a and gender demonstrates that Pakistan’s blasphemy laws are the inventions of a military state that manipulates discourse in the name of Islam to exclude minorities, women, free thinkers, and even children from the rights of citizenship. Abbas herself was persecuted under Pakistan’s blasphemy laws, so she writes from both personal experience and years of scholarly study. Her analysis exposes the questionable motives behind Pakistan’s blasphemy laws, which were resurrected during General Zia-ul-Haq’s regime of 1977–1988—motives that encompassed gaining geopolitical control of the region, including Afghanistan, in order to weaken the Soviet Union. Abbas argues that these laws created a state-sponsored “infidel” ideology that now affects global security as militant groups such as the Taliban justify violence against all “infidels” who do not subscribe to their interpretation of Islam. She builds a strong case for the suspension of Pakistan’s blasphemy laws and for a return to the Prophet’s peaceful vision of social justice. 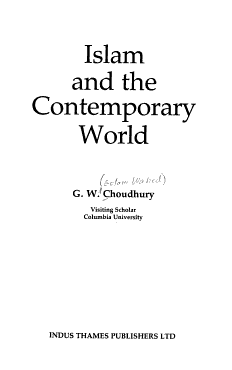 
The Islamic community has existed for fourteen centuries and now there are one billion Muslims in some sixty countries. In his book Professor Choudhury gives an historical and analytical review of the role of Islam in modern states of the world of Islam. 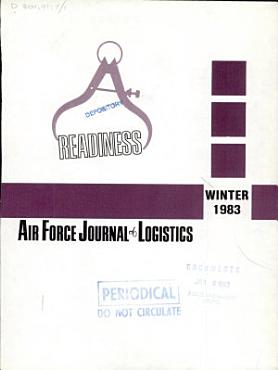 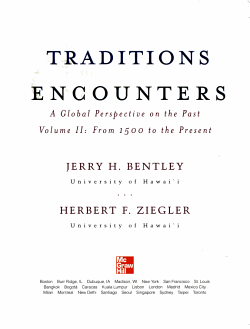 
This book includes all the features of the bestselling Hodder History series, which is up-to-date, motivating, differentiated and flexible. It covers the rise and fall of Islamic Empires from c600 to c1650 including chapters on: The Dawn of Islam; The Empire Unfurls; Islamic Civilisation; Holy Wars; The Mughal Empire. Investigations which encourage pupils to become historical detectives and develop their enquiry skills are on fascinating topics such as: The Life of Women; Survival Skills for Rulers; Salah-ad-Din and Richard the Lionheart. As well as promoting historical skills this book integrates literacy through its guidance on questions.


"A collection of essays exploring similarities between gardens and designed landscapes in Europe and the Islamic world after the fifteenth century. Essays identify possible direct or indirect influences and examine transcontinental mutual influences in garden design"--Provided by publisher.