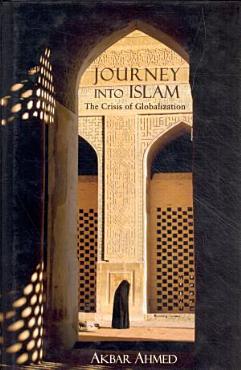 
Why? Years After September 11, We Are Still Looking For Answers. Internationally Renowned Islamic Scholar Akbar Ahmed Knew That This Question Could Not Be Answered Until Islam And The West Found A Way Past The Hatred And Mistrust Intensified By The War On Terror And The Forces Of Globalization. Seeking To Establish Dialogue And Understanding Between These Cultures, Ahmed Led A Team Of Dedicated Young Americans On A Daring And Unprecedented Tour Of The Muslim World. Journey Into Islam: The Crisis Of Globalization Is The Riveting Story Of Their Search For Common Ground. From The Mosques Of Damascus To The Madrassas Of Karachi And Deoband, Ahmed And His Companions Met With Muslims From All Walks Of Life. They Listened To Students And Professors, Presidents And Prime Ministers, Sheikhs And Cab Drivers, Revealing Muslim Hopes And Frustrations As The West Has Never Heard Before. They Returned From Their Groundbreaking Journey With Both Cause For Concern And Occasion For Hope. Rejecting Stereotypes And Conventional Wisdom About Islam And Its Encounter With Globalization, This Important Book Offers A New Framework For Understanding The Muslim World. As Western Leaders Wage A War On Terrorism, Ahmed Offers Insightful Suggestions On How The United States Can Improve Relations With Islamic Nations And Peoples. Written With Equal Parts Compassion And Urgency, Journey Into Islam Makes A Powerful Case For Forming Bonds Across Religion, Race, And Tradition To Create Lasting Harmony Between Islam And The West. It Is Essential Reading In An Era Of Mistrust And Misunderstanding.


"Akbar Ahmed has a well-earned reputation as one of the most balanced, learned and original interpreters of Islam in its engagement with the non-Muslim world. It is hard to exaggerate the importance of this work, like so much else he has done, at a time when myths and fantasies still stir up corporate fear between our communities. A deeply welcome and thoroughly professional study." -Dr. Rowan Williams, Former Archbishop of Canterbury and Master of Magdalene College, University of Cambridge "Akbar Ahmed's profound and careful inquiries have greatly enriched our understanding of Islam in the modern world. His latest study, based on direct research with a group of young scholars, explores the complex interfaith reality of Europe, both in history and today, from an Eastern perspective, reversing the familiar paradigm. It is sure to be yet another influential contribution, one greatly needed in a world riven by conflicts and misunderstanding." -Professor Noam Chomsky, Institute Professor & Professor of Linguistics (Emeritus), Massachusetts Institute of Technology An unprecedented, richly detailed, and clear-eyed exploration of Islam in Europe and the place of Islam in European history and civilization Daily headlines tell of escalating tensions surrounding Muslims in Europe: the refugee crisis, repeated episodes of terrorism, and cultural differences over language and female dress have helped shape a growing rift between the communities, while the parallel rise of right-wing, nationalist political parties throughout the continent, often espousing anti-Muslim rhetoric, has shaken the foundation of the European Union to its very core. Over the past decade, the relationship between European and Islamic societies has been defined by steadily escalating tension. Many Europeans see Islam as an alien, even barbaric force that threatens to overwhelm them and their societies. Muslims, by contrast, are facing conflicting attractions to Europe's economic opportunities and repulsion to intolerance in the region, with Islamophobia reaching extreme levels in all corners of Europe. Amid this conflict, the Jewish community and other minority groups are finding themselves caught in a similar onslaught of xenophobic rhetoric, with anti-Semitism and other forms of discrimination causing many to feel unwelcome in their European homes. Akbar Ahmed, widely acknowledged as a leading scholar of contemporary Islam, and a team of researchers have traveled across Europe over the last several years and interviewed Muslims and non-Muslims from all walks of life. They spoke with some of Europe's most prominent figures, including presidents and prime ministers, archbishops, chief rabbis, grand muftis, heads of right-wing parties, and every-day Europeans from a variety of backgrounds. Their findings reveal both of the misunderstandings and the opportunities for Europe and its Muslims to improve their mutual relationship. Along with an analysis of what has gone wrong and why, this urgent, unprecedented study, the fourth in a quartet of studies examining relations between the West and the Muslim world, features recommendations for promoting integration and pluralism in the twenty-first century. 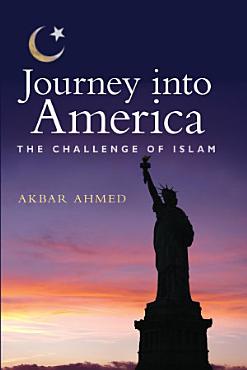 
Nearly seven million Muslims live in the United States today, and their relations with non-Muslims are strained. Many Americans associate Islam with figures such as Osama bin Laden, and they worry about “homegrown terrorists.” To shed light on this increasingly important religious group and counter mutual distrust, renowned scholar Akbar Ahmed conducted the most comprehensive study to date of the American Muslim community. Journey into America explores and documents how Muslims are fitting into U.S. society, placing their experience within the larger context of American identity. This eye-opening book also offers a fresh and insightful perspective on American history and society. Following up on his critically acclaimed Journey into Islam: The Crisis of Globalization (Brookings, 2007), Ahmed and his team of young researchers traveled for a year through more than seventyfive cities across the United States—from New York City to Salt Lake City; from Las Vegas to Miami; from the large Muslim enclave in Dearborn, Michigan, to small, predominantly white towns like Arab, Alabama. They visited homes, schools, and over one hundred mosques to discover what Muslims are thinking and how they are living every day in America. In this unprecedented exploration of American Muslim communities, Ahmed asked challenging questions: Can we expect an increase in homegrown terrorism? How do American Muslims ofArab descent differ from those of other origins (for example, Somalia or South Asia)? Why are so many white women converting to Islam? How can a Muslim become accepted fully as an “American,” and what does that mean? He also delves into the potentially sticky area of relations with other religions. For example, is there truly a deep divide between Muslims and Jews in America? And how well do Muslims get along with other religious groups, such as Mormons in Utah? Journey into America is equal parts anthropological research, listening tour, and travelogue. Whereas Ahmed’s previous book took the reader into homes, schools, and mosques in the Muslim world, his new quest takes us into the heart of America and its Muslim communities. It is absolutely essential reading for anyone trying to make sense of America today. 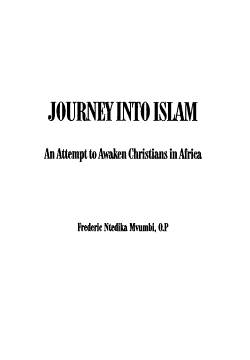 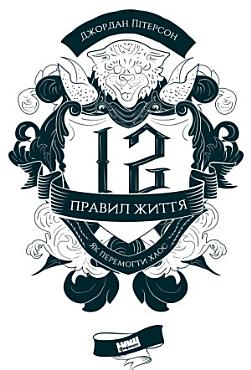 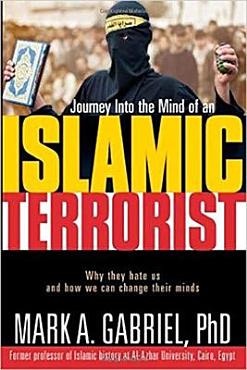 
Raised as a devout Muslim but holding a Ph.D. in Christian education, Gabriel uses his unique background to share real-life stories of Christians living in Muslim countries, lists the top ten terrorists, explains the value of religious education for Muslim children, and discusses why the history of Islam has been a bloodbath. 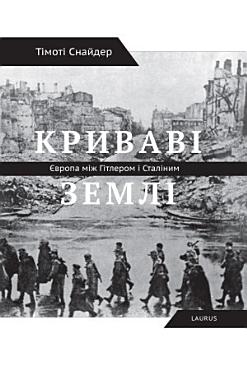 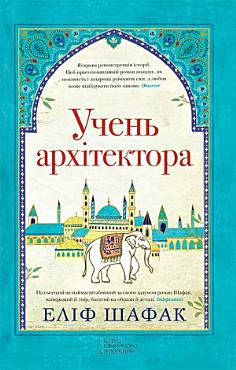 
The author visits holy sites of the Middle East and describes the disconnect between the puritanical view of Islam promoted by Saudi globalization, and the heretical local strands of popular folk beliefs, which include shrines, magic, music and drugs. Original. 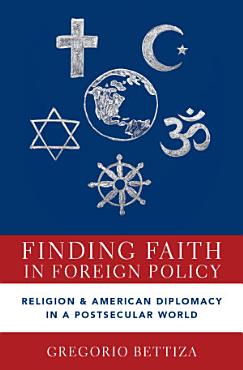 
Since the end of the Cold War, religion has become an ever more explicit and systematic focus of US foreign policy across multiple domains. US foreign policymakers, for instance, have been increasingly tasked with monitoring religious freedom and promoting it globally, delivering humanitarian and development aid abroad by drawing on faith-based organizations, fighting global terrorism by seeking to reform Muslim societies and Islamic theologies, and advancing American interests and values more broadly worldwide by engaging with religious actors and dynamics. Simply put, religion has become a major subject and object of American foreign policy in ways that were unimaginable just a few decades ago. In Finding Faith in Foreign Policy, Gregorio Bettiza explains the causes and consequences of this shift by developing an original theoretical framework and drawing upon extensive empirical research and interviews. He argues that American foreign policy and religious forces have become ever more inextricably entangled in an age witnessing a global resurgence of religion and the emergence of a postsecular world society. He further shows how the boundaries between faith and state have been redefined through processes of desecularization in the context of American foreign policy, leading the most powerful state in the international system to intervene and reshape in increasingly sustained ways sacred and secular landscapes around the globe. Drawing from a rich evidentiary base spanning twenty-five years, Finding Faith in Foreign Policy details how a wave of religious enthusiasm has transformed not just American foreign policy, but the entire international system.


ABOUT THE BOOK This book contains carefully selected stories from various authentic Islamic narrations, traditions and the Holy Quran to perfect the morals (Akhlaq) from ordinary to exemplary (Akhlaq e Hasanah). The book cover shows a train which is a symbolic message to the reader that beautiful morals can only be achieved if a human being is prepared to take up the journey along the tracks of Islamic teachings. With every story, there is a progression to some new station. The book is divided into three main sections; Longer stories that teach us morals to take us closer to God, short events and stories that carry deeper insights, and two stories from the Quran with explanations of important morals embedded in the verses. The author illustrates the significance of learning morals and outlines some thought-provoking lessons with each topic. ABOUT THE AUTHOR Dr Syed H Riza, a humble student of Islam who is acknowledged by his peers as a master in Islamic philosophy, ethics and teachings from Quran. In this regard, he seeks special guidance from the works of Allama Mohammad Hussain Tabatabai and Ayatullah Jawadi Amoli. He was born in 1966 in Pakistan and currently resides in Australia where he conducts audio lectures on various topics in Islam. He holds a PhD in Mechanical Engineering with specialization in Laser based manufacturing.