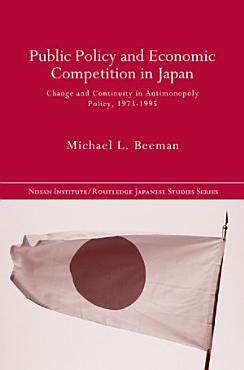 
Viewed historically as the lapdog of business, bureaucratic and political interests, Japan's Fair Trade Commission has had mixed success in promoting its agenda for stronger antimonopoly policy since the early 1970s. Dr. Beeman unravels antimonopoly politics in Japan through an analysis of the diverse interests of industry, government, and other parties to reveal how and why antimonopoly policy has made important inroads yet ultimately failed to gain deep acceptance in Japan. Employing extensive use of primary research materials and numerous interviews, Dr. Beeman finds predictable patterns of change as well as themes of continuity in the development of Japan's antimonopoly policy. By addressing a broad array of industry sectors and policy issues, the book provides fresh insight into an agency and a policy that have often been criticized from within Japan as too stringent and from outside Japan as too lax. 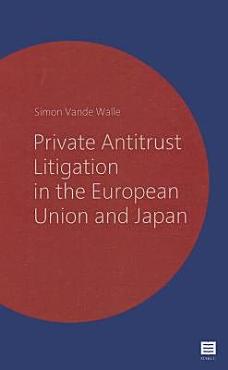 
Companies in Europe and Japan are increasingly the target of private antitrust litigation. These lawsuits are being facilitated by favorable case law, legislative changes, and a growing awareness of antitrust remedies in all layers of society. This book analyzes and compares this burgeoning area of litigation in the European Union and Japan. It examines the legal framework for these actions and takes stock of the hundreds of actions for damages and injunctive relief that have been brought in Japan and the EU. It also looks at the novel contexts in which private litigants are invoking antitrust violations, such as in derivative suits and in actions to challenge arbitral awards. Finally, the book assesses the impact of private litigation on the enforcement of antitrust law and shows how Japan's experience can be useful for Europe and vice versa in shaping future reforms. 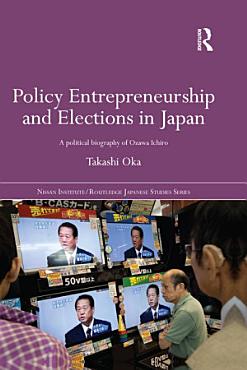 
Ozawa Ichirō is one of the most important figures in Japanese politics, having held the positions of Chief Secretary of the Liberal Democrat Party and, after defection from the LDP, President of the Democratic Party of Japan. Ozawa has distinctive ideas that set him apart from the average Japanese politician, he believes in the concept of the independence of the individual, as opposed to the importance of the group, and as a policy entrepreneur he has had a huge impact on political change not only advocating but precipitating institutional change in a key political area – the election system. Using extensive interview data from key players in the political arena, this book examines Ozawa's struggle to normalize alternation in office between two competing political parties – particularly significant given the results of the 2009 election which handed over power to the Democratic Party of Japan – and how he has used his entrepreneurial talents to precipitate and carry out institutional change. Not only a political biography, but also an in-depth analysis of the Japanese political and electoral systems, this book will be of huge interest to anyone interested in Japanese politics and electoral systems. 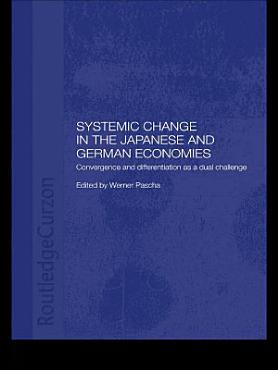 
Should Japan and Germany strive to restructure their institutional fabric and arrangements to make them more similar to Anglo-American standards? Where will systemic change lead? This book offers fresh insights by collecting Japanese and German contributions to this scholarly discussion both from theoretical and empirical viewpoints. A major conclusion of several papers is that the forces of differentiation are frequently underestimated. Important thematic issues include: contingency, path dependence and complementarity. Examinations of economic globalisation and rapidity of technological change pose questions about the nature of socio-economic system analysis in the future. 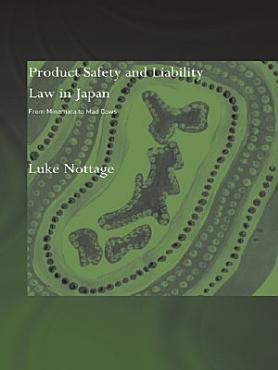 
Developing insights from a number of disciplines and with a details analysis of legislation, case law and academic theory, Product Safety and Liability Law in Japan contributes significantly to the understanding of contemporary Japan, its consumers and its law. It is also of practical use to all professionals exposed to product liability regimes evolving in Japan and other major economies. 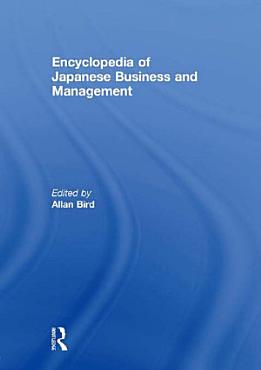 
The Encyclopedia of Japanese Business and Management is the definitive reference source for the exploration of Japanese business and management. Reflecting the multidisciplinary nature of this field, the Encyclopedia consolidates and contextualises the leading research and knowledge about the Japanese business system and Japanese management thought and practice. It will be welcomed by scholar and student alike as an essential resource for teaching, an invaluable companion to independent study, and a solid starting point for wider exploration. 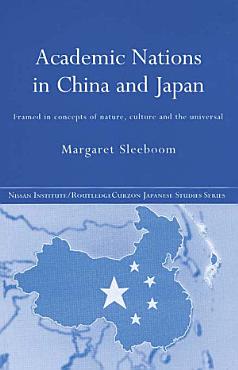 
The descriptions Chinese and Japanese people attribute to themselves and to each other differ vastly and stand in stark contrast to Western perceptions that usually identify a 'similar disposition' between the two nations. Academic Nationals in China and Japan explores human categories, how academics classify themselves and how they divide the world into groups of people. Margaret Sleeboom carefully analyses the role the nation-state plays in Chinese and Japanese academic theory, demonstrating how nation-centric blinkers often force academics to define social, cultural and economic issues as unique to a certain regional grouping. The book shows how this in turn contributes to the consolidating of national identity while identifying the complex and unintended effects of historical processes and the role played by other local, personal and universal identities which are usually discarded. While this book primarily reveals how academic nations are conceptualized through views of nature, culture and science, the author simultaneously identifies comparable problems concerning the relation between social science research and the development of the nation state. This book will appeal not only to Asianists but also to those with research interests in Cultural Studies and Sinology. 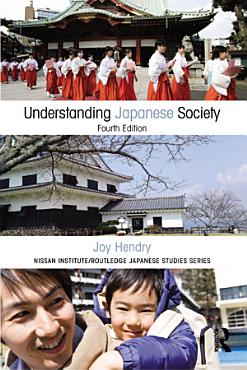 
With the ever growing contact between Japan and the rest of the world comes an increasingly important need to understand a society that is fascinating but still often confusing to the outsider. In this brand new fourth edition of Understanding Japanese Society Joy Hendry brings the reader up to date both with recent changes as Japan hit the world headlines under the triple 2011 disasters, and with underlying continuities in ways of thinking that have matured over a long history of dealing with foreign influences and an unpredictable environment. This welcome new edition of Hendry's bestselling introductory textbook provides a clear, accessible and readable introduction to Japanese society which does not require any previous knowledge of the country. Fully updated, revised and expanded, the fourth edition contains new material on: the effects of the earthquake, tsunami and nuclear disasters of 2011 a renewed interest in politics and popular participation increased frequency of local spiritual support as unemployment continues to grow, and marriage gets later and later the effects of a dramatic drop in the birth rate on Japan's education system the continuing global success of Japanese animation, manga and computer games despite a turn away from international travel the cool new Ainu, the attraction of healing Okinawa, and changes among other Japanese minorities a new role for Japanese fathers in child-rearing This book will be invaluable to all students studying Japan. It will also enlighten those travellers and business people wishing to gain an understanding of the Japanese people. 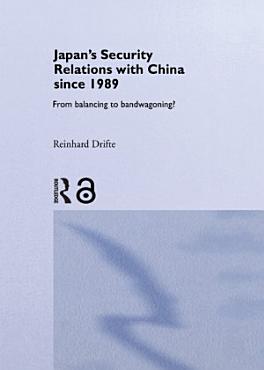 
Japan's Security Relations with China since 1989 raises the crucial question of whether Japan's political leadership which is still preoccupied with finding a new political constellation and with overcoming a deep economic crisis is able to handle such a complex policy in the face of an increasingly assertive China and a US alliance partner with strong swings between engaging and containing China's power. This study of the highly topical bilateral relationship will be of great interest to students and researchers in Japanese and Chinese Studies, Politics, International Relations and Security Studies. 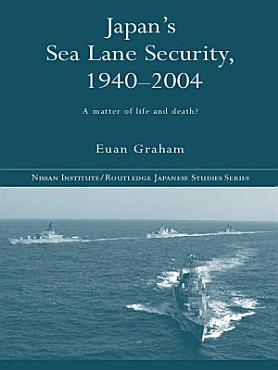 
This is the first major English-language study to explore the broad and longstanding connections between Japan’s national security and the safety of its sea lanes. Tracing issues from pre-and post-1945 eras, the book explores how Japan’s concerns with sea lane protection have developed across such diverse fields as military strategy, diplomacy, trade policy, energy security, and law enforcement. Drawing upon case study material and primary research including interviews with officials and security analysts, the book presents a chronological analysis of Japan’s sea lane security. While Japan’s security policies have recently undergone relatively rapid change, a historical treatment of sea lane security issues reveals long-term continuity in security policymakers’ perceptions and responses regarding Japan's defence and foreign policy. Revealing a neglected but important aspect of Japan’s military and economic security, the book investigates why officials and analysts continue to portray the defence of Japan’s sea lanes as ‘a matter of life and death’. 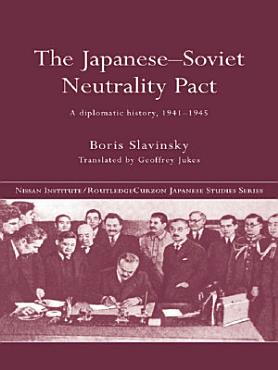 
The neutrality pact between Japan and the Soviet Union, signed in April 1941, lapsed only nine months before its expiry date of April 1946 when the Soviet Union attacked Japan. Japan's neutrality had enabled Stalin to move Far Eastern forces to the German front where they contributed significantly to Soviet victories from Moscow to Berlin. Slavinsky suggests that Stalin's agreement with Churchill and Roosevelt to attack Japan after Germany's surrender allowed him to keep Japan in the war until he was ready to attack and thus avenge Russia's defeat in the war of 1904-1905. The Soviet Union's violation of the pact and the detention of Japanese prisoners for up to ten years after the end of the war created a sense of victimization in Japan to the extent that there is still no formal Peace Treaty between the two countries to this day. Slavinsky draws on recently opened Russian archival material to demonstrate that the Soviet Union was passing information about the Allies to Japan during the Second World War. He also persuasively argues that vengeance and the (re)acquistion of land were the primary motives for the attack on Japan. The book contains empirical data previously unavailable in English and will fascinate anyone with an interest in the history of Japan, the Soviet Union and the events of the Second World War. 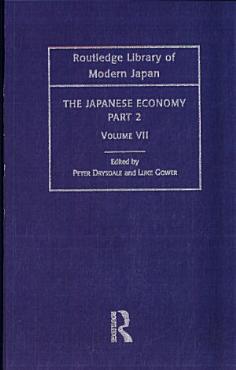