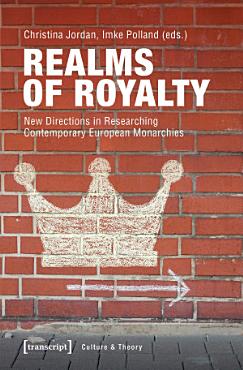 
Monarchies are facing public demands for modernization and adapting to changing societal, political, and media environments. This book proposes new directions in the research of contemporary European monarchies and offers innovative perspectives on trans/national royal public interactions and (semi-)fictional representations of monarchs. Its case studies address historic and recent developments, including newly invented royal traditions, media depictions, Meghan Markle's impact on the image of the British monarchy, and the royal family's role in Brexit negotiations. With its interdisciplinary analyses, the book reflects current academic, societal, and popular cultural interest in royalty. 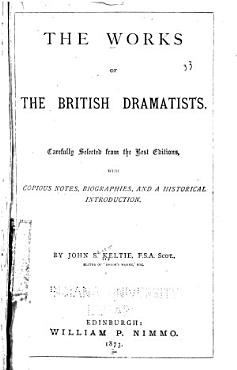 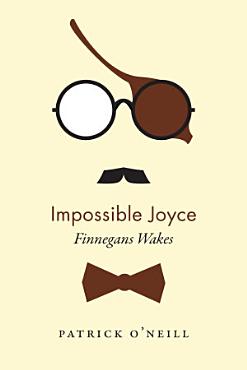 
James Joyce’s Finnegans Wake has repeatedly been declared to be entirely untranslatable. Nonetheless, it has been translated, transposed, or transcreated into a surprising variety of languages – including complete renditions in French, German, Portuguese, Dutch, Japanese, and Korean, and partial renditions in Italian, Spanish, and a variety of other languages. Impossible Joyce explores the fascinating range of different approaches adopted by translators in coming to grips with Joyce’s astonishing literary text. In this study, Patrick O’Neill builds on an approach first developed in his book Polyglot Joyce, but deepens his focus by considering Finnegans Wake exclusively. Venturing from Umberto Eco’s assertion that the novel is a machine designed to generate as many meanings as possible for readers, he provides a sustained examination of the textual effects generated by comparative readings of translated excerpts. In doing so, O’Neill makes manifest the ways in which attempts to translate this extraordinary text have resulted in a cumulative extension of Finnegans Wake into an even more extraordinary macrotext encompassing and subsuming its collective renderings. 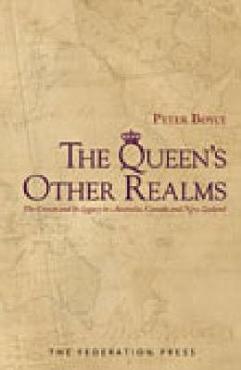 
Canada, Australia and New Zealand inherited and adapted a monarchical framework of government, even in the absence of a resident monarch. Although steady transfer of the royal prerogative to a popularly elected executive has enabled these three former dominions to be sometimes described as "crowned republics" or "disguised republics", there was no popular drive to abandon monarchy until the 1990s, and even then the republican cause was based largely on issues of symbolism and national identity than on perceived core weaknesses in the political system. This book traces the long and sometimes subtle process of localising monarchy in the vice-regal office from the mid-twentieth century onwards, and compares the powers and functions of the Queen's surrogates with each other and with those of the monarch herself, including their recourse to the so-called "reserve powers". Among the key questions posed in this comparative study are: Can the current monarchical system be refined to the point of countering republican sentiment? Why has the republican argument gained more momentum in Australia than in Canada or New Zealand? Can a republican model retain residual monarchic elements? What is likely to be the lasting legacy of the Crown in these three strikingly similar political cultures? The author's underlying loyalties are neither firmly monarchist nor firmly republican. He is convinced, however, that the combined effects of a strong sense of national identity and an increasingly presidential style of political leadership within these three Westminster-derived systems make it difficult for contemporary governors-general (or their state and provincial colleagues)to fulfil two of their key roles-to unite and inspire the people on the one hand and to be a credible constitutional watchdog on the other. 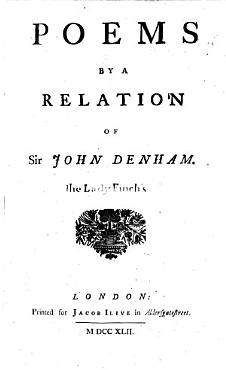 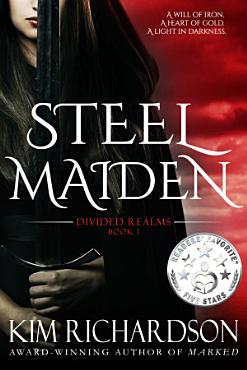 
From bestselling author Kim Richardson comes a fantasy adventure perfect for fans of Throne of Glass, Graceling, The Girl of Fire and Thorns and The Shannara Chronicles. IN A LAND WHERE MAGIC IS BANNED and where cruel High priests rule, Elena steals the most valuable jewel in the Empire in the hopes to sell it and start a new life. But she is caught, and the punishment for stealing is death. And yet in that moment she is given a choice—death or to become one of the High priests' champions in The Great Race. Elena is catapulted without warning into the bloodiest race in all the realms, forced to compete with a man she hates while she develops a growing passion for another. She struggles to understand her special skills, her mysterious healing powers that she must keep secret. Within a world built on a religious sect and dangerous secrets, she becomes a woman torn between obligation and desire, between a man she supposedly hates and another. As Elena comes to terms with her own secret, she discovers the truth behind the race and must stop the ancient, wicked evil that threatens all living things before it's too late. From the award winning author of MARKED comes a new mesmerizing series full of action, adventure, and steamy romance. "Elena is an engaging, well-drawn character…a solid start to a new series…" – Kirkus Reviews "There's romance, adventure, action and a really neat world that felt cohesive. I think fans of "Throne of Glass" might really enjoy this one..." – The Reader's Hollow "This story is chock full of adventure, action, and sizzling romance...written with such richness that readers who give it a try will not be disappointed." – Janelle Fila for Readers' Favorite "Overall this is a strong story for its genre. With a lot of purpose. I can't wait to read book #2 in the series. 5 Boundless stars." – Boundless Book Reviews 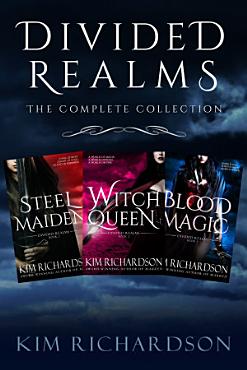 
* * * Get the complete set for nearly 30% off the cost of buying them individually! * * * All three volumes of Kim Richardson’s bestselling Divided Realms trilogy are finally available together! "There's romance, adventure, action and a really neat world that felt cohesive. I think fans of "Throne of Glass" might really enjoy this one..." - The Reader's Hollow “Five (HUGE) Boundless Stars. Intensity drips from every page in Blood Magic. It made me anxious, with life and death decisions at every corner…The magic has yet faded in this series.” -- Boundless Book Reviews Book 1: Steel Maiden A stolen crown. A handsome prince. A giant disaster. Since childhood, Elena has lived inside the walls of the Pit, the filthy shantytown where the poor are forced to live out their lives as trash. But when she steals the Anglian crown, everything changes. As punishment, Elena is forced to become the High priest’s champion in The Great Race. Catapulted into the bloodiest race in all the realms, she is forced to compete with a man she hates while she develops a growing passion for another. Along the way she must battle deadly creatures and demons, all the while struggling to understand her special skills and her mysterious healing powers that she must keep secret. But when Elena discovers the truth behind the race, can she stop the ancient, wicked evil that threatens all living things before it's too late? Book 2: Witch Queen Elena survived the great race and the clutches of the high priests, but at a cost. The Heart of Arcania, the most powerful magical stone in the land is now in the hands of the wicked priests. But worse—Jon is captured. The black blight is a scar on the world, infecting everything with its black magic, festering until no living thing can endure, and Elena might be the only key to stopping it. She quickly finds herself thrust into a mystery that could shake her world apart…and potentially unleash a greater evil. Book 3: Blood Magic Elena survived the witch king's clutches and the deadly witch trials to return to Gray Haven. Yet, she is far from her heart's desire—to save the man she loves. As she and her daring companions take one last quest into enemy territory to save Jon, Elena will face hardships she's never imagined. Meanwhile, as rumors of monstrous forces gather on the horizon, an unspeakable tragedy shatters Elena's world. A darkness grows in Elena's soul, caused by the awakening of the black magic within her and soon finds herself on a deadly path, at risk of becoming exactly the kind of monster she is trying to kill. But if Elena can't find the strength to fight not only the darkness inside her, but the evil about to be unleashed, it could mean the end of everything. 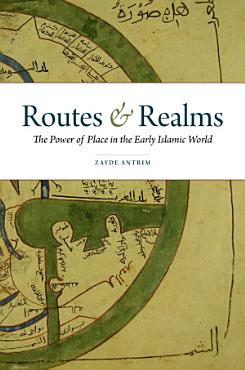 
Routes and Realms explores the ways in which Muslims expressed attachment to land from the ninth through the eleventh centuries, the earliest period of intensive written production in Arabic. In this groundbreaking first book, Zayde Antrim develops a "discourse of place," a framework for approaching formal texts devoted to the representation of territory across genres. The discourse of place included such varied works as topographical histories, literary anthologies, religious treatises, world geographies, poetry, travel literature, and maps. By closely reading and analyzing these works, Antrim argues that their authors imagined plots of land primarily as homes, cities, and regions and associated them with a range of claims to religious and political authority. She contends that these are evidence of the powerful ways in which the geographical imagination was tapped to declare loyalty and invoke belonging in the early Islamic world, reinforcing the importance of the earliest regional mapping tradition in the Islamic world. Routes and Realms challenges a widespread tendency to underestimate the importance of territory and to over-emphasize the importance of religion and family to notions of community and belonging among Muslims and Arabs, both in the past and today. 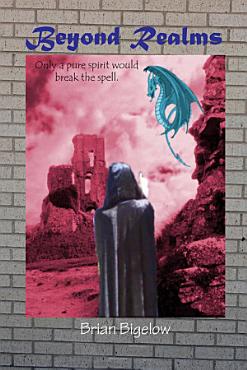 
Being hidden far away, the Princess will have to return through time and space. Being controlled by another, the King becoming no more than a shadow of himself. Only a single tear from someone pure in spirit would break the spell and set him free. Step into another world, a place beyond the present, as you journey through the world of "Beyond Realms." 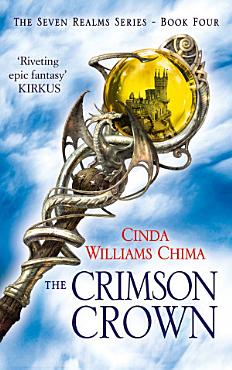 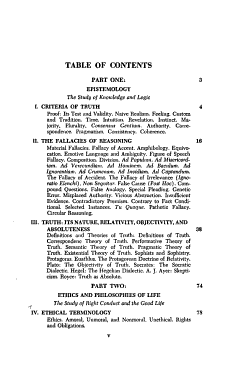 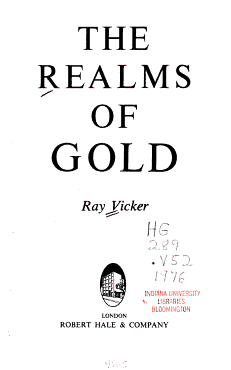