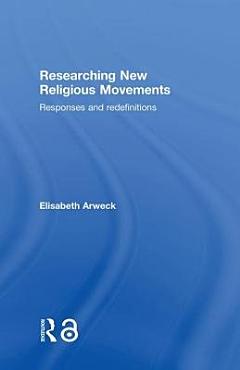 
New religious movements such as the Moonies, Jehovah's Witnesses and Hare Krishnas are now well established in mainstream cultural consciousness. But responses to these 'cult' groups still tend to be overwhelmingly negative, characterized by the furious reactions that they evoke from majority interests. Modern societies need to learn how best to respond to such movements, and how to interpret their benefits and dangers. Researching New Religious Movements provides a cutting-edge analysis of the controversy around new religions in America and Europe today. Drawing on original fieldwork, it explores the battles between the recruiting factions of groups like the Moonies, and the anti-cult movements and Church societies that have mobilized to oppose these. It considers academic and media interventions on both sides, placing special emphasis on the problems of objectivity inherent in the language of 'sects', 'abduction' and 'brainwashing'. Ideal for students, researchers and professionals, this provocative and much-needed book takes the debate over new religious movements to a newly sophisticated level. 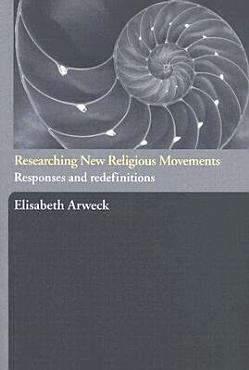 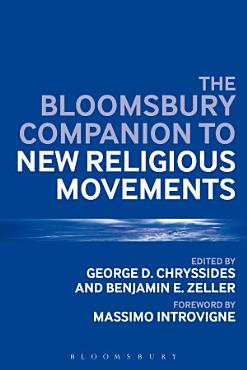 
The Bloomsbury Companion to New Religious Movements covers key themes such as charismatic leadership, conversion and brainwashing, prophecy and millennialism, violence and suicide, gender and sexuality, legal issues, and the portrayal of New Religious Movements by the media and anti-cult organisations. Several categories of new religions receive special attention, including African new religions, Japanese new religions, Mormons, and UFO religions. This guide to New Religious Movements and their critical study brings together 29 world-class international scholars, and serves as a resource to students and researchers. The volume highlights the current state of academic study in the field, and explores areas in which future research might develop. Clearly and accessibly organised to help users quickly locate key information and analysis, the book includes an A to Z of key terms, extensive guides to further resources, a comprehensive bibliography, and a timeline of major developments in the field such as the emergence of new groups, publications, legal decisions, and historical events. 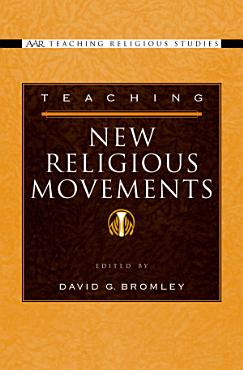 
Since its inception around 1970, the study of New Religious Movements (NRMs) has evolved into an established multidisciplinary field. At the same time, both the movements and the scholars who study them have been the subjects of intense controversy. In this volume, a group of senior NRM scholars who have been instrumental in the development of the field will offer pivotal essays that present the basics of NRM scholarship along with guidance for teachers on classroom use. The book is organized topically around subjects that are both central to the study of NRMs and likely to be useful to non-specialists. Part I contains examinations of the definitional boundaries of the area of study, varying disciplinary perspectives on NRMs, unique methodological/ethical problems encountered in the study of NRMs, and the controversies that have confronted scholars studying NRMs and the movements themselves. Part II examines a series of topics central to teaching about NRMs: the larger sociocultural significance of the movements, their distinctive symbolic and organizational features, the interrelated processes of joining and leaving NRMs, the organization of gender roles in NRMs, media and popular culture portrayals of the movements, the occurrence of corruption and abuse within movements, and violence by and against NRMs. Part III provides informational resources for teaching about NRMs, which are particularly important in a field where knowing the biases of sources is crucial. With its interdisciplinary approach, the volume provides comprehensive, accessible information and perspectives on NRMs. It is an invaluable guide for instructors navigating this scholarly minefield. 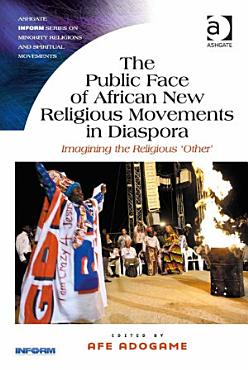 
The growing pace of international migration, technological revolution in media and travel generate circumstances that provide opportunities for the mobility of African new religious movements (ANRMs) within Africa and beyond. ANRMs are furthering their self-assertion and self-insertion into the religious landscapes of Europe, the Americas, and Asia. Their growing presence and public visibility seem to be more robustly captured by the popular media than by scholars of NRMs, historians of religion and social scientists, a tendency that has probably shaped the public mental picture and understanding of the phenomena. This book provides new theoretical and methodological insights for understanding and interpreting ANRMs and African-derived religions in diaspora. Contributors focus on individual groups and movements drawn from Christian, Islamic, Jewish and African-derived religious movements and explore their provenance and patterns of emergence; their belief systems and ritual practices; their public/civic roles; group self-definition; public perceptions and responses; tendencies towards integration/segregation; organisational networks; gender orientations and the implications of interactions within and between the groups and with the host societies. The book includes contributions from scholars and religious practitioners, thus offering new insights into how ANRMs can be better defined, approached, and interpreted by scholars, policy makers, and media practitioners alike. 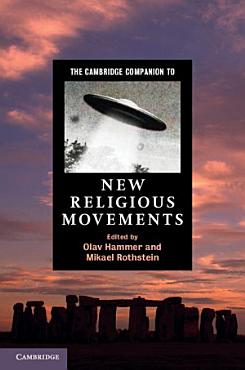 
New religions emerge as distinct entities in the religious landscape when innovations are introduced by a charismatic leader or a schismatic group leaves its parent organization. New religious movements (NRMs) often present novel doctrines and advocate unfamiliar modes of behavior, and have therefore often been perceived as controversial. NRMs have, however, in recent years come to be treated in the same way as established religions, that is, as complex cultural phenomena involving myths, rituals and canonical texts. This Companion discusses key features of NRMs from a systematic, comparative perspective, summarizing results of forty years of research. The volume addresses NRMs that have caught media attention, including movements such as Scientology, New Age, the Neopagans, the Sai Baba movement and Jihadist movements active in a post-9/11 context. An essential resource for students of religious studies, the history of religion, sociology, anthropology and the psychology of religion. 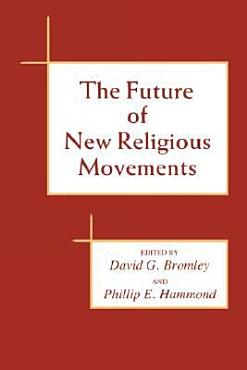 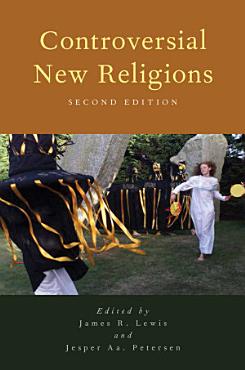 
In terms of public opinion, new religious movements are considered controversial for a variety of reasons. Their social organization often runs counter to popular expectations by experimenting with communal living, alternative leadership roles, unusual economic dispositions, and new political and ethical values. As a result the general public views new religions with a mixture of curiosity, amusement, and anxiety, sustained by lavish media emphasis on oddness and tragedy rather than familiarity and lived experience. This updated and revised second edition of Controversial New Religions offers a scholarly, dispassionate look at those groups that have generated the most attention, including some very well-known classical groups like The Family, Unification Church, Scientology, and Jim Jones's People's Temple; some relative newcomers such as the Kabbalah Centre, the Order of the Solar Temple, Branch Davidians, Heaven's Gate, and the Falun Gong; and some interesting cases like contemporary Satanism, the Raelians, Black nationalism, and various Pagan groups. Each essay combines an overview of the history and beliefs of each organization or movement with original and insightful analysis. By presenting decades of scholarly work on new religious movements written in an accessible form by established scholars as well as younger experts in the field, this book will be an invaluable resource for all those who seek a view of new religions that is deeper than what can be found in sensationalistic media stories. 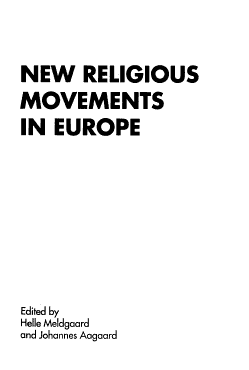 
RENNER Studies on New Religions is an initiative supported by the Danish Research Council for the Humanities. The series was established to publish books on alternative spiritual movements from a wide range of perspectives. The books will appeal to an international readership of scholars, students, and professionals in the study of religion, theology, the arts, and the social sciences. It is hoped that this series will provide a proper context for scientific exchange between these often competing disciplines. Stimulated by travel, mass media and education, individuals have spent the twentieth century questioning organized religion, and at the start of a new millennium, many are turning to spirituality rooted in ancient practice, but modernized by secular experience. In this volume, an international group of authors surveys the religious and spiritual movements growing in popularity in Western Europe including (to name a few) theosophy, Transcendental Meditation, the Rosicrucians, the Occult, and Hare Krishna. 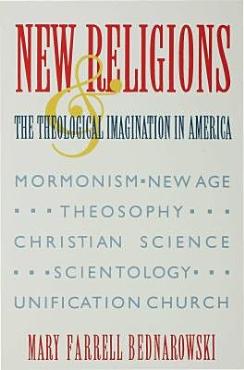 
"Bednarowski is especially good at elucidating the theological daring of these new American religions.... [She] demonstrates in a very few pages how... theology and group adherence made the individual count, a configuration simultaneously American, un-American, and important." -- Jon Butler "The cultural confrontation with these `new religions' is very real and usually very misinformed. Bednarowski has gone to great lengths to dispel the ignorance." -- The Christian Century "A groundbreaking study." -- Syzygy: Journal of Alternative Religion and Culture Organized as a series of theological conversations about ultimate questions, this book offers a guide to the answers these six religions offer. Drawing heavily on sources from the movements themselves, it presents a balanced comparative account of the emerging theological systems of America's new religions. 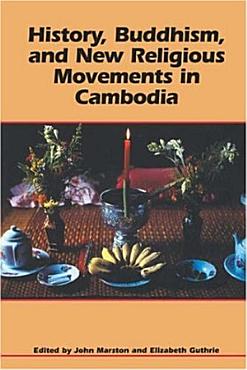 
This volume showcases some of the most current and exciting research being done on Cambodian religious ideas and practices by a new generation of scholars from a variety of disciplines. The different contributors examine in some manner the relationship between religion and the ideas and institutions that have given shape to Cambodia as a social and political body, or nation. Although they do not share the same approach to the idea of "nation," all are concerned with the processes of religion that give meaning to social interaction, which in some way includes "Cambodian" identity. Chapters touch on such far-reaching theoretical issues as the relation to religion of Southeast Asian polity; the nature of colonial religious transformation; "syncretism" in Southeast Asian Buddhism; the relation of religious icon to national identity, religion, and gender; transnationalism and social movements; and identity among diaspora communities. While much has been published on Cambodia's recent civil war and the Pol Pot period and its aftermath, few English language works are available on Cambodian religion. This book takes a major step in filling that gap, offering a broad overview of the subject that is relevant not only for the field of Cambodian studies, but also for students and scholars of Southeast Asian history, Buddhism, comparative religion, and anthropology. Contributors: Didier Bertrand, Penny Edwards, Elizabeth Guthrie, Hang Chan Sophea, Anne Hansen, John Marston, Kathryn Poethig, Ashley Thompson, Teri Shaffer Yamada.