Communists and capitalists united in World War II to defeat the Axis powers. But following victory in 1945 the allies became adversaries. The world's two great superpowers--the United States and Soviet Union--locked in a dramatic showdown over ideology, vision and freedom that would persist for five decades. Under the omnipresent threat of nuclear holocaust, the Cold War became the defining conflict of the twentieth century. The first of two parts, this documentary program chronicles the policy of containment, the Korean War, the domestic Red Scare, and efforts toward peaceful coexistence. 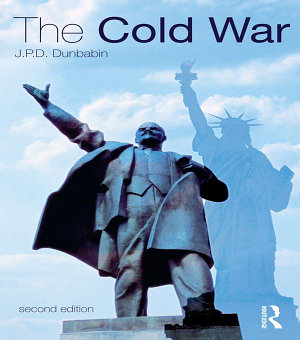 
The Cold War offers a brief but detailed treatment of one of the most complex eras of the 20th Century. In this fully revised second edition, J.P.D. Dunbabin, drawing on international scholarship and using much new material from communist sources, describes a world in which covert operations could be as important as outright diplomacy, 'soft' power as influential as 'hard', and in which competing ideologies ruled the hearts as much as the heads of the leaders in power. Dunbabin’s account is global in scope, taking into account the importance of players beyond the superpowers, and shedding light on the proxy conflicts such as those in Africa and the Middle East that, if not caused by the continuing stalemate between the great powers, were used as weapons within it. 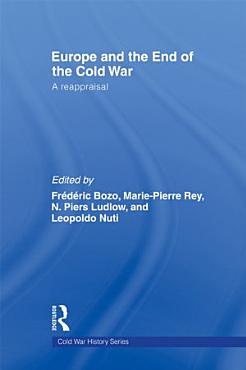 
This book seeks to reassess the role of Europe in the end of the Cold War and the process of German unification. Much of the existing literature on the end of the Cold War has focused primarily on the role of the superpowers and on that of the US in particular. This edited volume seeks to re-direct the focus towards the role of European actors and the importance of European processes, most notably that of integration. Written by leading experts in the field, and making use of newly available source material, the book explores "Europe" in all its various dimensions, bringing to the forefront of historical research previously neglected actors and processes. These include key European nations, endemic evolutions in the Soviet Union and Eastern Europe, European integration, and the pan-European process. The volume serves therefore to rediscover the transformation of 1989-90 as a European event, deeply influenced by European actors, and of great significance for the subsequent evolution of the continent. 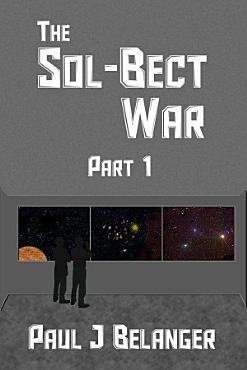 
Humanity is near the tail end of an intergalactic war with an alien race called the Bect -- a war we are losing. The only thing we have in shorter supply than combat pilots is hope. After a rough skirmish, a strange object is picked up by the United Earth carrier Ticonderoga. Within the object, the ship's scientists find something even stranger: a man, cryogenically frozen and shot into space more than 300 years ago. The fact that he's still technically alive raises questions of Fate's hand in life and war. 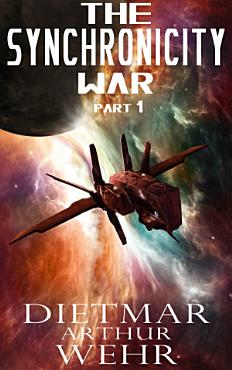 
When the United Earth Space Force stumbles across a shockingly xenophobic alien race, the future of the Human Race is in peril. The Space Force is outgunned and outnumbered and is pushed back relentlessly. One Space Force officer is able to slow down the onslaught due to his uncontrollable precognitive visions. His superiors think he's a tactical genius and give him more and more authority. He must solve the mystery of his visions before Mankind is pushed over the edge into the Abyss. Follow this thrilling Military Science Fiction series describing desperate space battles and the men, women and artificial intelligences that fight and die in them. Be aware that Part 1 has a cliffhanger ending. The entire series can be bought as a single ebook in the Synchronicity War Omnibus edition for less than the cost of buying all four parts individually. 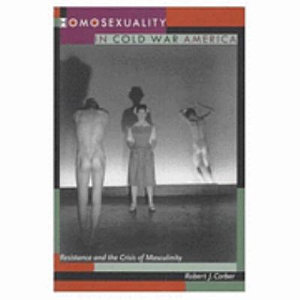 
Challenging widely held assumptions about postwar gay male culture and politics, this book examines how gay men in the 1950s resisted pressures to remain in the closet. 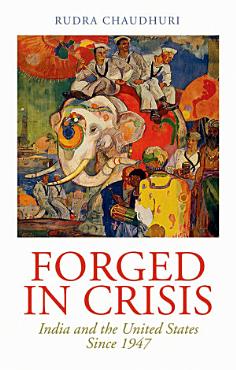 
Rudra Chaudhuri's book examines a series of crises that led to far-reaching changes in India's approach to the United States, defining the contours of what is arguably the imperative relationship between America and the global South. Forged in Crisis provides a fresh interpretation of India's advance in foreign affairs under the stewardship of Prime Ministers Jawaharlal Nehru, Indira Gandhi, Atal Bihari Vajpayee, and finally, Manmohan Singh. It reveals the complex and distinctive manner in which India sought to pursue at once material interests and ideas, while meticulously challenging the shakier and largely untested reading of 'non-alignment' palpable in most works on Indian foreign policy and international relations. From the Korean War in 1950 to the considered debate within India on sending troops to Iraq in 2003, and from the loss of territory to China and the subsequent talks on Kashmir with Pakistan in 1962-63 to the signing of a civil nuclear agreement with Washington in 2008, Chaudhuri maps Indian negotiating styles and behaviour and how these shaped and informed decisions vital to its strategic interest, in turn redefining its relationship with the United States. 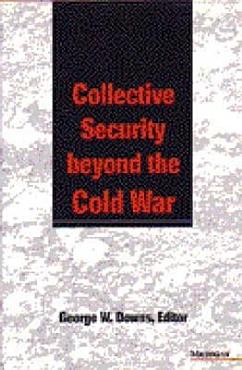 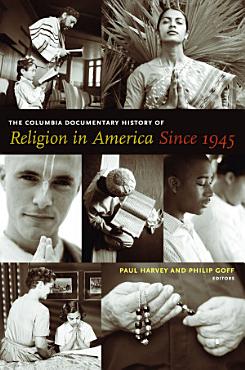 
Of late, religion seems to be everywhere, suffusing U.S. politics and popular culture and acting as both a unifying and a divisive force. This collection of manifestos, Supreme Court decisions, congressional testimonies, speeches, articles, book excerpts, pastoral letters, interviews, song lyrics, memoirs, and poems reflects the vitality, diversity, and changing nature of religious belief and practice in American public and private life over the last half century. Encompassing a range of perspectives, this book illustrates the ways in which individuals from all along the religious and political spectrum have engaged religion and viewed it as a crucial aspect of society. The anthology begins with documents that reflect the close relationship of religion, especially mainline Protestantism, to essential ideas undergirding Cold War America. Covering both the center and the margins of American religious life, this volume devotes extended attention to how issues of politics, race, gender, and sexuality have influenced the religious mainstream. A series of documents reflects the role of religion and theology in the civil rights, feminist, and gay rights movements as well as in conservative responses. Issues regarding religion and contemporary American culture are explored in documents about the rise of the evangelical movement and the religious right; the impact of "new" (post-1965) immigrant communities on the religious landscape; the popularity of alternative, New Age, and non-Western beliefs; and the relationship between religion and popular culture. The editors conclude with selections exploring major themes of American religious life at the millennium, including both conservative and New Age millennialism, as well as excerpts that speculate on the future of religion in the United States. The documents are grouped by theme into nine chapters and arranged chronologically therein. Each chapter features an extensive introduction providing context for and analysis of the critical issues raised by the primary sources. 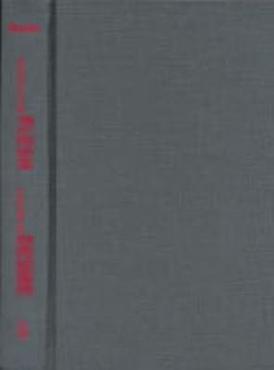 
Who's Who of Canadian Women is a guide to the most powerfuland innovative women in Canada. Celebrating the talents and achievement of over 3,700 women, Who's Who of Canadian Women includes women from all over Canada, in all fields, including agriculture, academia, law, business, politics, journalism, religion, sports and entertainment. Each biography includes such information as personal data, education, career history, current employment, affiliations, interests and honours. A special comment section reveals personal thoughts, goals, and achievements of the profiled individual. Entries are indexed by employment of affilitation for easy reference. Published every two years, Who's Who of Canadian Women selects its biographees on merit alone. This collection is an essential resource for all those interested in the achievements of Canadian women. 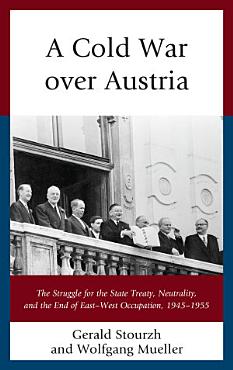 
This study provides a comprehensive examination of the East–West occupation of Austria from the end of World War II to the signing of the Austrian State Treaty in 1955. Examining US, Soviet, British, French, and Austrian sources, the authors trace the complex negotiation process that led to the signing of the treaty. 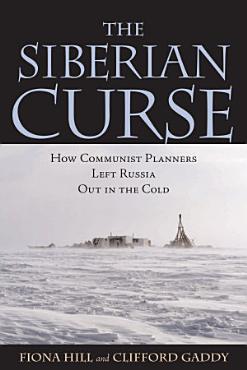 
Can Russia ever become a normal, free-market, democratic society? Why have so many reforms failed since the Soviet Union's collapse? In this highly-original work, Fiona Hill and Clifford Gaddy argue that Russia's geography, history, and monumental mistakes perpetrated by Soviet planners have locked it into a dead-end path to economic ruin. Shattering a number of myths that have long persisted in the West and in Russia, The Siberian Curse explains why Russia's greatest assets––its gigantic size and Siberia's natural resources––are now the source of one its greatest weaknesses. For seventy years, driven by ideological zeal and the imperative to colonize and industrialize its vast frontiers, communist planners forced people to live in Siberia. They did this in true totalitarian fashion by using the GULAG prison system and slave labor to build huge factories and million-person cities to support them. Today, tens of millions of people and thousands of large-scale industrial enterprises languish in the cold and distant places communist planners put them––not where market forces or free choice would have placed them. Russian leaders still believe that an industrialized Siberia is the key to Russia's prosperity. As a result, the country is burdened by the ever-increasing costs of subsidizing economic activity in some of the most forbidding places on the planet. Russia pays a steep price for continuing this folly––it wastes the very resources it needs to recover from the ravages of communism. Hill and Gaddy contend that Russia's future prosperity requires that it finally throw off the shackles of its Soviet past, by shrinking Siberia's cities. Only by facilitating the relocation of population to western Russia, closer to Europe and its markets, can Russia achieve sustainable economic growth. Unfortunately for Russia, there is no historical precedent for shrinking cities on the scale that will be required. Downsizing Siberia will be a costly and wrenching process. But there is no alternative. Russia cannot afford to keep the cities communist planners left for it out in the cold.