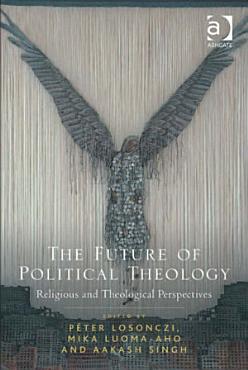 
Recent shifts in the contemporary cultural, political, and religious landscape are engendering intensive attention concerning political theology. New trends and traditional ideas equally colour these movements. Given that a medley of recent books and articles have exhaustively treated both the history and the current resurgence of political theology, we now find ourselves faced with the task of reinventing and redefining the future of political theology. This book presents a rich overview of fresh, contemporary theoretical approaches uniquely prioritizing the prospects of the future of political theology, but also making room for significant interventions from philosophy and political theory. Including prominent essays on Judaic, Islamic, Buddhist and Christian perspectives, this book balances elements from post-modern theology with more classical as well as anti-post-modern approaches. 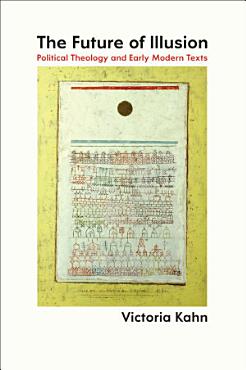 
In recent years, the rise of fundamentalism and a related turn to religion in the humanities have led to a powerful resurgence of interest in the problem of political theology. In a critique of this contemporary fascination with the theological underpinnings of modern politics, Victoria Kahn proposes a return to secularism—whose origins she locates in the art, literature, and political theory of the early modern period—and argues in defense of literature and art as a force for secular liberal culture. Kahn draws on theorists such as Carl Schmitt, Leo Strauss, Walter Benjamin, and Hannah Arendt and their readings of Shakespeare, Hobbes, Machiavelli, and Spinoza to illustrate that the dialogue between these modern and early modern figures can help us rethink the contemporary problem of political theology. Twentieth-century critics, she shows, saw the early modern period as a break from the older form of political theology that entailed the theological legitimization of the state. Rather, the period signaled a new emphasis on a secular notion of human agency and a new preoccupation with the ways art and fiction intersected the terrain of religion. 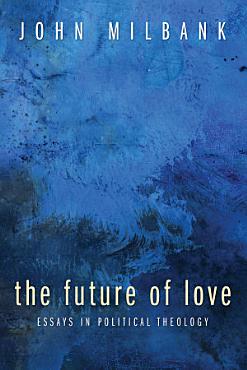 
With a newly written preface relating his theology to the current global situation, The Future of Love contains revised versions of eighteen of John Milbank's essays on theology, politics, religion, and culture--ranging from the onset of neoliberalism to its current crisis, and from the British to the global context. Many of the essays first appeared in obscure places and are thus not widely known. Also included are Milbank's most important responses to critiques of his seminal work, Theology and Social Theory. Taken together, the collection amounts to a "political theology" arrived at from diverse angles. This work is essential reading for all concerned with the current situation of religion in the era of globalization and with the future development of Radical Orthodoxy. 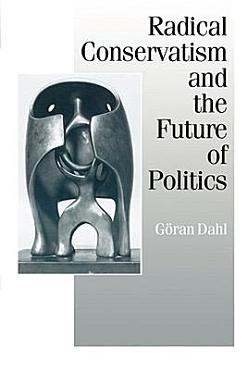 
Over the last 30 years the post-war centre-ground which recognized the welfare state, the funding of education, protection of the environment and the management of capitalism as the proper business of the state, has fragmented. Emphasis on the freedom of the individual and the proper limitations of state power has changed the climate of everyday life. This book locates the roots of radical conservatism in the writings of Nietzsche, Dostoyevsky, Heidegger, Junger and Schmitt. It documents the radical conservative worldview and points to limitations in its perspective. Dahl asserts that we should be wary of considering radical conservatism as a singular phenomenon and discusses global divergences in belief and policy. 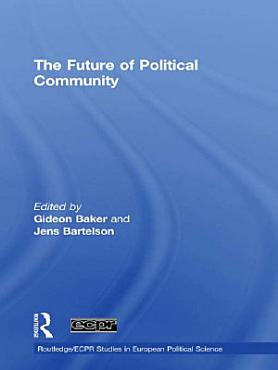 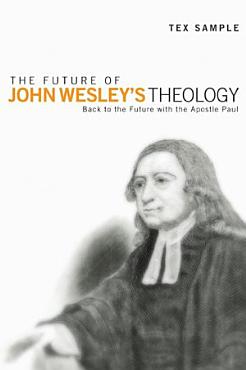 
This book approaches the future of John Wesley's theology in terms of a preferred future by looking back to the Apostle Paul. In a comparison of Wesley's theology with the writings of St. Paul, Tex Sample maintains that Wesleyans tend to read Paul through Wesley, but that in the future we need to read Wesley through Paul. Key issues between Wesley and Paul are considered in this book: justification by faith, sanctification, the faith in/of Christ, the powers, the individual/social concept in Wesley that is absent in Paul, and, finally, the issue of a justice of the common good. The conclusion develops the implications of this study for the future of the church and its witness. 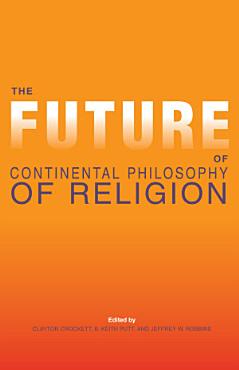 
What is the future of Continental philosophy of religion? These forward-looking essays address the new thinkers and movements that have gained prominence since the generation of Derrida, Deleuze, Foucault, and Levinas and how they will reshape Continental philosophy of religion in the years to come. They look at the ways concepts such as liberation, sovereignty, and post-colonialism have engaged this new generation with political theology and the new pathways of thought that have opened in the wake of speculative realism and recent findings in neuroscience and evolutionary psychology. Readers will discover new directions in this challenging and important area of philosophical inquiry. 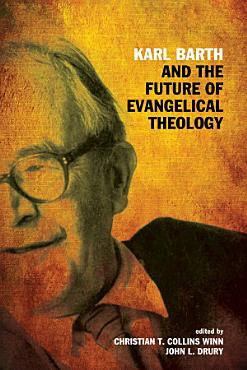 
The theology of Karl Barth has been a productive dialogue partner for evangelical theology. For too long, however, the dialogue has been dominated by questions of orthodoxy. The present volume seeks to contribute to the conversation through a creative reconfiguration of both partners in the conversation, neither of whom can be rightly understood as preservers of Protestant Orthodoxy. Rather, American evangelicalism is identified with the revivalist forms of Protestantism that arose in the post-Reformation era, while Barth is revisited as a theologian attuned both to divine and human agency. In the ensuing conversation questions of orthodoxy are not eliminated, but subordinated to a concern for the life of God and God's people. This volume brings together seasoned Barth scholars, evangelical theologians, and some younger voices, united by a common desire to rethink both Karl Barth and evangelical theology. By offering an alternative to the dominant constraints, the book opens up new avenues for fruitful conversation on Barth and the future of evangelical theology. 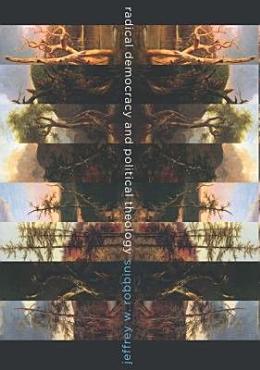 
Alexis de Tocqueville once wrote that "the people reign over the American political world like God over the universe," unwittingly casting democracy as the political instantiation of the death of God. According to Jeffrey W. Robbins, Tocqueville's assessment remains an apt observation of modern democratic power, which does not rest with a sovereign authority but operates as a diffuse social force. By linking radical democratic theory to a contemporary fascination with political theology, Robbins envisions the modern experience of democracy as a social, cultural, and political force transforming the nature of sovereign power and political authority. Robbins joins his work with Michael Hardt and Antonio Negri's radical conception of "network power," as well as Sheldon Wolin's notion of "fugitive democracy," to fashion a political theology that captures modern democracy's social and cultural torment. This approach has profound implications not only for the nature of contemporary religious belief and practice but also for the reconceptualization of the proper relationship between religion and politics. Challenging the modern, liberal, and secular assumption of a neutral public space, Robbins conceives of a postsecular politics for contemporary society that inextricably links religion to the political. While effectively recasting the tradition of radical theology as a political theology, this book also develops a comprehensive critique of the political theology bequeathed by Carl Schmitt. It marks an original and visionary achievement by the scholar the Journal of the American Academy of Religion hailed "one of the best commentators on religion and postmodernism." 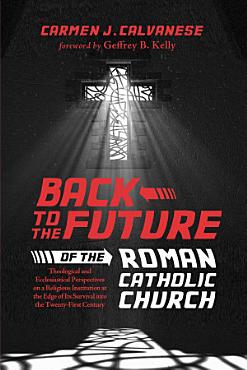 
This book explores the notion that the Roman Catholic Church risks imploding from within as a result of its inflexibility towards movements in favor of reasonable change and modernization. Attendance at Sunday Mass has dramatically decreased; the loss of the youth in these churches is a case in point. At the same time, the lack of vocations to the priesthood and religious life is at crisis proportions as is further evidenced by the closing of parishes and the curtailing of religious services including the rising phenomenon of "priest-less Parishes." Young men today--even if they aspire to the priesthood--experience both unrest and rejection at the continued demand of the Church's leadership that priests commit themselves to the lifelong discipline of celibacy. Back to the Future of the Roman Catholic Church addresses the root causes of the various developments that have provoked discontent with Church policies and defections from parish life on the part of those who appear to have lost faith in their hierarchical leaders at the highest levels of Church governance. Finally, this book probes the ways in which the Church can emerge from its crises to become, once again, faithful to its origins as founded by Jesus Christ. 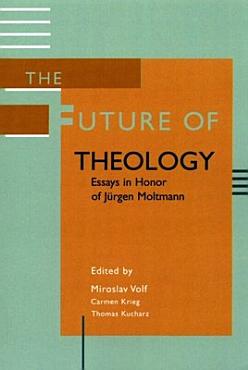 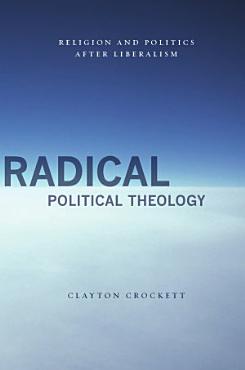 
In the 1960s, the strict opposition between the religious and the secular began to break down, blurring the distinction between political philosophy and political theology. This collapse contributed to the decline of modern liberalism, which supported a neutral, value-free space for capitalism. It also deeply unsettled political, religious, and philosophical realms, forced to confront the conceptual stakes of a return to religion. Gamely intervening in a contest that defies simple resolutions, Clayton Crockett conceives of the postmodern convergence of the secular and the religious as a basis for emancipatory political thought. Engaging themes of sovereignty, democracy, potentiality, law, and event from a religious and political point of view, Crockett articulates a theological vision that responds to our contemporary world and its theo-political realities. Specifically, he claims we should think about God and the state in terms of potentiality rather than sovereign power. Deploying new concepts, such as Slavoj Žižek's idea of parallax and Catherine Malabou's notion of plasticity, his argument engages with debates over the nature and status of religion, ideology, and messianism. Tangling with the work of Derrida, Deleuze, Spinoza, Antonio Negri, Giorgio Agamben, Alain Badiou, John D. Caputo, and Catherine Keller, Crockett concludes with a reconsideration of democracy as a form of political thought and religious practice, underscoring its ties to modern liberal capitalism while also envisioning a more authentic democracy unconstrained by those ties.