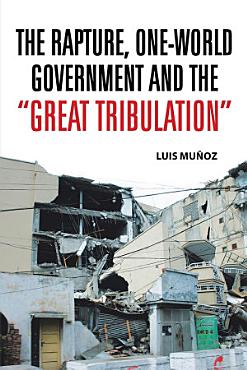 
This book explains in great detail and exceptional clarity the issues related to the rapture of the Church, the government of the Antichrist, the “great tribulation” and all the apocalyptic judgments which God will pour out upon the wicked world. The rapture of the Church will bring about the global collapse of the economic, political and religious institutions of the world. At that moment of monumental crisis, humanity will quickly look for a leader willing to put the world back together, offer them peace and security. The world will host a false prince of peace called the Antichrist. He will elate the masses by telling them what they want to hear. However, he will push humanity to the deepest levels of degradation, vice, immorality, crime, war, violence, and rebellion against God. He will corrupt the social and moral order and as a result, billions of people will die. He will plunge the world into spiritual darkness and lead humanity astray. The Antichrist’s empire “shall devour the whole earth trample it and break it in pieces” (Daniel 7:23 NKJV). This will be a period characterized by widespread wars which will bring death to billions of people: “For in those days there will be tribulation, such as has not been since the beginning of the creation which God created until this time, nor ever shall be” (Mark 13:19 NKJV). During this period, 25 and 33 per cent of the world population will die in two major wars. If these conflicts were to happen in our time, 3.56 billion people would die. However, before the Antichrist begins, God will take out of this world, all those who believe in Christ. Seven years later, the Lord Jesus will return to “destroy those who destroy the earth” (Rev. 11:18b) and establish His everlasting kingdom on Earth. Then, “The wolf and the lamb shall feed together. The lion shall eat straw like the ox, and dust shall be the serpent’s food. They shall not hurt nor destroy in all My holy mountain”, says the LORD” (Isaiah 65:25 NKJV). 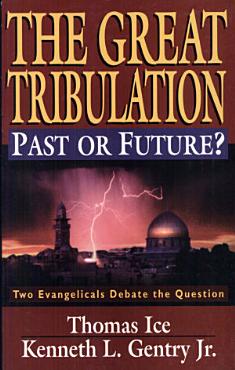 
This engaging book brings together the opposing viewpoints of two respected evangelicals on whether the Great Tribulation is a past, present, or future event. This material is especially helpful in gaining an understanding of end times as the arguments are presented in a friendly debate format with responses by each author to the other's position.


God's Elect and the Great Tribulation: An Interpretation of Matthew 24: 1-31 and Daniel 9 by Dr. Charles Cooper. 310 pp., 6x9 format. This is the first scholarly defense of the pillars of the prewrath position put forth by one of the position's most well-respected lecturers. This is a must-read for any professor, lay teacher, or serious student of the end times. The first section deals in-depth with the issue, "Does Matthew 24: 1-31 apply to the Church?" Cooper examines what can be learned, both from the text and from the writings of the church fathers. On the issue of text, he looks at language, culture, book composition, issues dealing with the authorship of the gospel of Matthew, and much more. On the issue of Daniel 9, he looks at issues related to times, event dating, and language, ultimately putting forth an unexpected interpretation of the fulfillment of the 69th Week. This book has four goals: (1) to support the prewrath position in its conclusion that insisting on a sharp distinction between God's work in Israel and His work in the church is a false presupposition that directly contradicts scripture; (2) to support the prewrath position in its conclusion that Matthew 24: 1-31 does apply to the church, the bride of Christ; (3) to set forth a clear biblical exposition of Matthew 24: 1-31 and (4) to correct the false and misleading conclusions about both the timing and fulfillment of Daniel 9: 24-27. 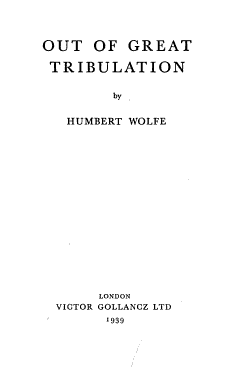 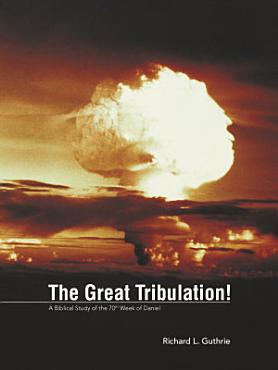 
The end times contain many exciting events we are all familiar with and think we fully understand. The appearance and domination of the Antichrist throughout the world. The rise and global domination of the "Revised Roman Empire," resulting in a One World Government. The Mark of the Beast that makes trade impossible anywhere on the Earth. The universal devastation wrecked by the Four Horsemen of the Apocalypse. The appearance of the spiritual harlot of Mystery Babylon, and the end time false religion. However, consider the following: What if the Antichrist will not become the universal or worldwide leader? What if the Mark of the Beast is regional, rather than global? What if there is no "Revised Roman Empire"? What if the Four Horsemen of the Apocalypse have already been loosed? What if Mystery Babylon could never be the Roman Catholic Church? Who did Jesus identify as the Mystery Babylon of Revelation? What if the Twelfth Imam, the Islamic Messiah, is slain in the rebuilt Jewish Temple? Why is it impossible to know the identity of the Antichrist until certain events unfold? Why are the dates of the Rapture and that of the Second Coming both "unknowable"? Who is left to enter into the Millennial Kingdom if there's a Post-Tribulational Rapture? Why are the identities of the two end-time prophets "unknowable"? What country is poised to play a major role within these end-time events? In a detailed and thorough analysis of Scripture, The Great Tribulation! explores these and many more questions related to the end-time events in a step-by-step approach. Using a literal interpretation of Scripture, this eschatological study is unsurpassed in detail for the knowledgeable Bible student and yet remains basic and straightforward for the novice." 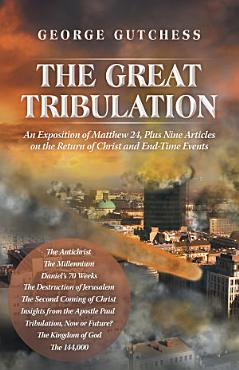 
Many Bible teachers today are proclaiming that Christ will come at any moment to take the Christians to heaven, leaving the non-Christians behind to endure seven years of great tribulation. Others teach that Christ came spiritually in AD 70, when the city of Jerusalem was destroyed by the Romans. Is there any other view? Here is an older interpretation that was commonly held before those which prevail today. The first part of The Great Tribulation is a verse-by-verse commentary on Matthew 24 written in readable, nontechnical style. The second part of the book contains nine articles related to the second coming of Christ and end-time events. The Great Tribulation provides insight on these questions: What does Matthew 24 really teach? Will Christ’s coming be in two stages? Does Daniel teach that there will be a seven-year tribulation? Who is the antichrist, and will he appear in a rebuilt temple? What is the “abomination of desolation”? Was the kingdom of God postponed? Will there be a thousand-year period called the millennium? Will some be taken and others left behind? What is the generation that Christ spoke of that is going to see it all? 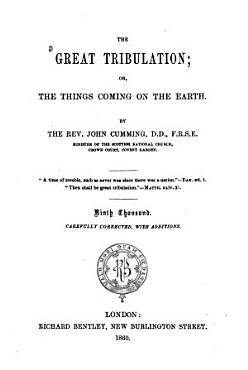 
Ryan offers a guide to help readers prepare for the Rapture. (Christian) 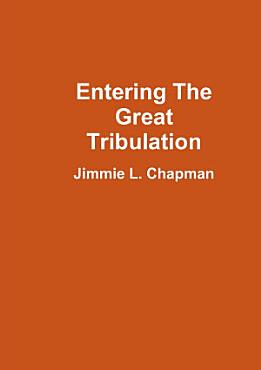 
This book is about the world conditions that will be present before the world enters the Tribulation Period. Author, Jimmie L. Chapman shows us biblical proofs that we are in the last days and about to enter the Great Tribulation 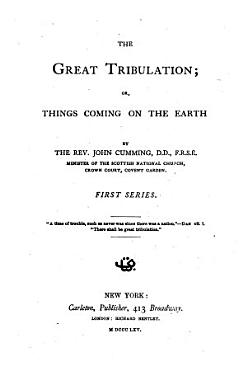 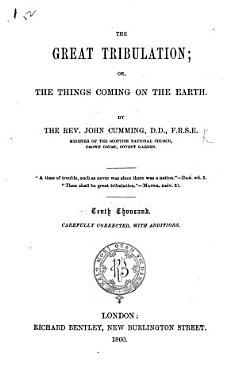