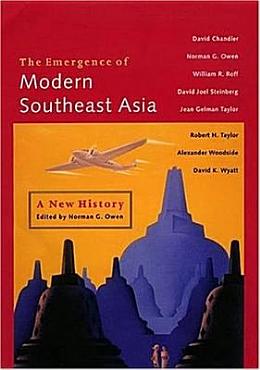 
The modern states of Indonesia, Vietnam, Thailand, the Philippines, Myanmar, Malaysia, Singapore, Cambodia, Laos, Brunei, and East Timor were once a tapestry of kingdoms, colonies, and smaller polities linked by sporadic trade and occasional war. By the end of the nineteenth century, however, the United States and several European powers had come to control almost the entire region - only to depart dramatically in the decades following World War II. perspective on this complex region. Although it does not neglect nation-building (the central theme of its popular and long-lived predecessor, In Search of Southeast Asia), the present work focuses on economic and social history, gender, and ecology. It describes the long-term impact of global forces on the region and traces the spread and interplay of capitalism, nationalism, and socialism. It acknowledges that modernization has produced substantial gains in such areas as life expectancy and education but has also spread dislocation and misery. Organizationally, the book shifts between thematic chapters that describe social, economic, and cultural change, and country chapters emphasizing developments within specific areas. will establish a new standard for the history of this dynamic and radically transformed region of the world. 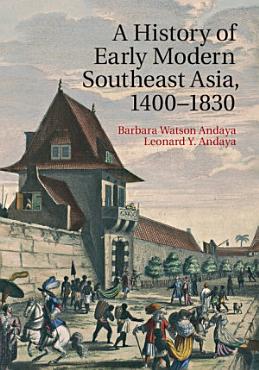 
Written by two expert and highly esteemed authors, this is the much-anticipated textbook on the early modern history of Southeast Asia. 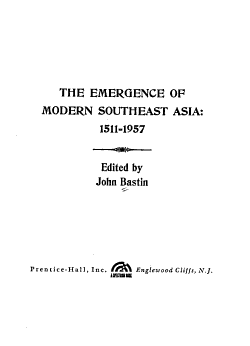 
Primary and secondary source readings that document political and economic changes of the region during 450 years of colonial rule. 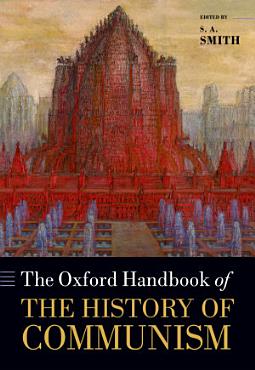 
The impact of Communism on the twentieth century was massive, equal to that of the two world wars. Until the fall of the Soviet Union in 1991, historians knew relatively little about the secretive world of communist states and parties. Since then, the opening of state, party, and diplomatic archives of the former Eastern Bloc has released a flood of new documentation. The thirty-five essays in this Handbook, written by an international team of scholars, draw on this new material to offer a global history of communism in the twentieth century. In contrast to many histories that concentrate on the Soviet Union, The Oxford Handbook of the History of Communism is genuinely global in its coverage, paying particular attention to the Chinese Revolution. It is 'global', too, in the sense that the essays seek to integrate history 'from above' and 'from below', to trace the complex mediations between state and society, and to explore the social and cultural as well as the political and economic realities that shaped the lives of citizens fated to live under communist rule. The essays reflect on the similarities and differences between communist states in order to situate them in their socio-political and cultural contexts and to capture their changing nature over time. Where appropriate, they also reflect on how the fortunes of international communism were shaped by the wider economic, political, and cultural forces of the capitalist world. The Handbook provides an informative introduction for those new to the field and a comprehensive overview of the current state of scholarship for those seeking to deepen their understanding. 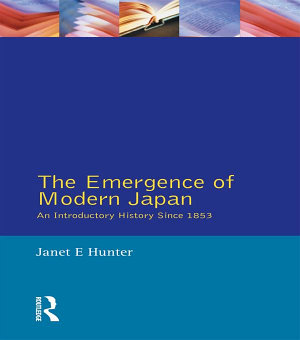 
The main emphasis of this book is upon political, social and economic developments, as conditioned by Japan's interaction with the outside world, the advance of industrialisation and the emergence of the Japanese nation state. Unlike previous textbooks on the history of modern Japan, Janet Hunter's book adopts a thematic approach which makes the period much more accessible for readers who wish to pursue their particular interests throughout the period. Moreover, it will also establish a greater awareness of the cultural and institutional continuities which are crucial to any proper understanding of modern Japan. 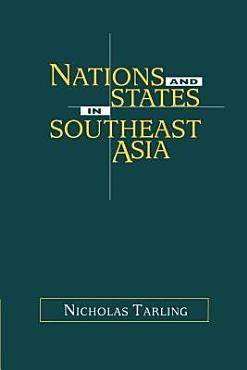 
This reflective and provocative 1998 book will become a major interpretive synthesis of modern Southeast Asia. 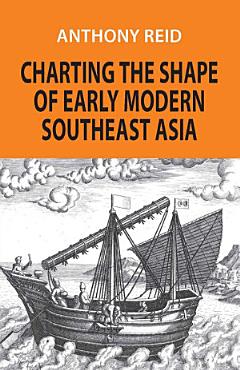 
In this volume, Anthony Reid positions Southeast Asia on the stage of world history. He argues that the region not only had a historical character of its own, but that it played a crucial role in shaping the modern world. Southeast Asia’s interaction with the forces uniting and transforming the world is explored through chapters focusing on Islamization; Chinese, Siamese, Cham and Javanese trade; Makasar’s modernizing moment; and slavery. The last three chapters examine from different perspectives how this interaction of relative equality shifted to one of an impoverished, “third world” region exposed to European colonial power. 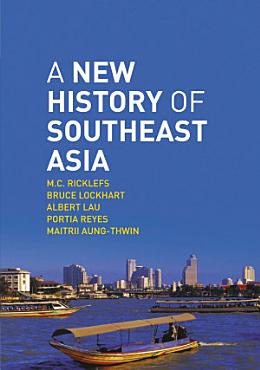 
A new, comprehensive, one volume history of Southeast Asia that spans prehistory to the present. Ricklefs brings together colleagues at the National University of Singapore whose expertise covers the entire region, encompassing political, social, economic, religious and cultural history. Opening with an account of the ethnic groups and initial cultural and social structures of Southeast Asia, the book moves through the early 'classical' states, the arrival of new global religions and the impact of non-indigenous actors. The history of early modern states and their colonial successors is followed by analysis of World War II across the region, Offering a definitive account of decolonisation and early post-colonial nation-building, the text then transports us to modern-day Southeast Asia, exploring its place in a world recovering from the financial crisis. The distinguished author team provide an authoritative and accessible narrative, drawing upon the latest research and offering detailed guidance on further reading. A landmark contribution to the field, this is an essential text for scholars, students and anyone interested in Southeast Asia. 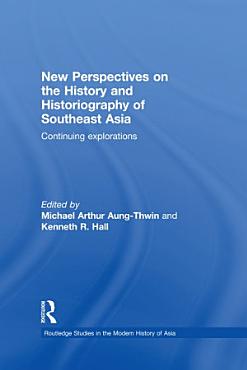 
Using a unique "old–new" treatment, this book presents new perspectives on several important topics in Southeast Asian history and historiography. Based on original, primary research, it reinterprets and revises several long-held conventional views in the field, covering the period from the "classical" age to the twentieth century. Chapters share the approach to Southeast Asian history and historiography: namely, giving "agency" to Southeast Asia in all research, analysis, writing, and interpretation. 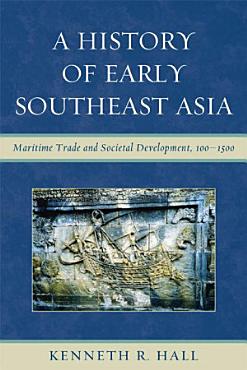 
This comprehensive history provides a fresh interpretation of Southeast Asia from 100 to 1500, when major social and economic developments foundational to modern societies took place on the mainland (Burma, Thailand, Cambodia, and Vietnam) and the island world (Indonesia, Malaysia, and the Philippines). Incorporating the latest archeological evidence and international scholarship, Kenneth R. Hall enlarges upon prior histories of early Southeast Asia that did not venture beyond 1400, extending the study of the region to the Portuguese seizure of Melaka in 1511. Written for a wide audience of non-specialists, the book will be essential reading for all those interested in Asian and world history. 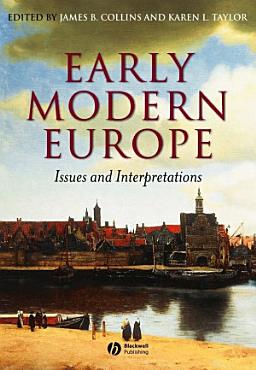 
This reader brings together original and influential recent work in the field of early modern European history. Provides a thought-provoking overview of current thinking on this period. Key themes include evolving early-modern identities; changes in religion and cultural life; the revolution of the mind; roles of women in early-modern societies; the rise of the modern state; and Europe and the new world system Incorporates new scholarship on Eastern and Central Europe. Includes an article translated into English for the first time. 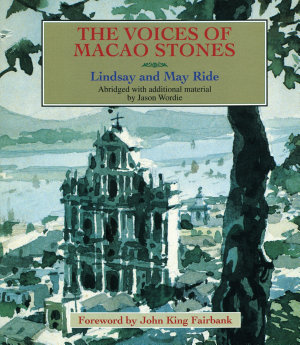 
The stones, statues and memorials found all over Macao trace the story from the days of the first Portuguese navigators to reach China in the sixteenth century to the events of more recent times. Hidden away in odd corners or standing incongruously surrounded by modern buildings and thronged with traffic, unnoticed by almost all who pass, are the treasure-vaults of Macao's rich and colourful history. In the cool shadows of old churches, set into the walls of long-disused fortresses, and in tranquil and leafy gardens, lie the silent stone keys that unlock the secrets of Macao and its opulent and varied past. Lindsay and May Ride spent many years researching and documenting the oft-hidden stones of Macao. The result of their work is an opportunity for the stones of Macao themselves to tell of the rich and varied history of this tiny, unlikely place. Work on this book began in 1954, but was diverted for a long period so that restoration and research on the Old Protestant Cemetery could be completed. In an early stage of its development it was finally halted - or so it seemed at the time - by the death of Sir Lindsay Ride in October 1977. Now published in the year the four-century-old Portuguese adventure in Macao is finally to conclude, the stories recounted in The Voices of Macao Stones vividly bring to life the individuals, events and circumstances that have made Macao the unique place it is.