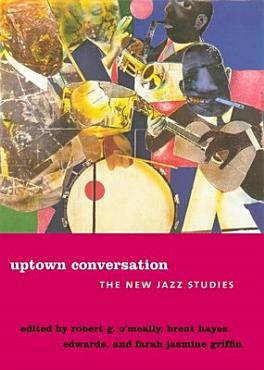 
'Uptown Conversation' asserts that jazz is not only a music to define, it is a culture. The essays illustrate how for more than a century jazz has initiated a call and response across art forms, geographies, and cultures, inspiring musicians, filmmakers,painters and poets. 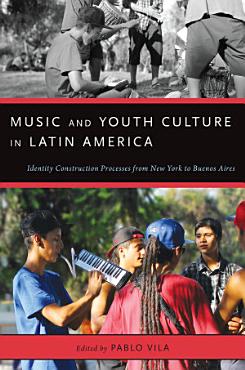 
Music is one of the most distinctive cultural characteristics of Latin American countries. But, while many people in the United States and Europe are familiar with musical genres such as salsa, merengue, and reggaetón, the musical manifestations that young people listen to in most Latin American countries are much more varied than these commercially successful ones that have entered the American and European markets. Not only that, the young people themselves often have little in common with the stereotypical image of them that exists in the American imagination. Bridging this divide between perception and reality, Music and Youth Culture in Latin America brings together contributors from throughout Latin America and the US to examine the ways in which music is used to advance identity claims in several Latin American countries and among Latinos in the US. From young Latin American musicians who want to participate in the vibrant jazz scene of New York without losing their cultural roots, to Peruvian rockers who sing in their native language (Quechua) for the same reasons, to the young Cubans who use music to construct a post-communist social identification, this volume sheds new light on the complex ways in which music provides people from different countries and social sectors with both enjoyment and tools for understanding who they are in terms of nationality, region, race, ethnicity, class, gender, and migration status. Drawing on a vast array of fields including popular music studies, ethnomusicology, sociology, and history, Music and Youth Culture in Latin America is an illuminating read for anyone interested in Latin American music, culture, and society. 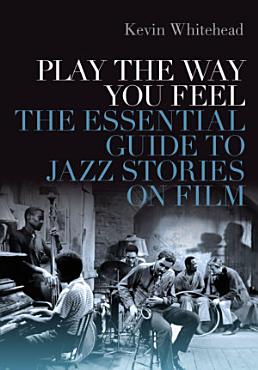 
Jazz stories have been entwined with cinema since the inception of jazz film genre in the 1920s, giving us origin tales and biopics, spectacles and low-budget quickies, comedies, musicals, and dramas, and stories of improvisers and composers at work. And the jazz film has seen a resurgence in recent years--from biopics like Miles Ahead and HBO's Bessie, to dramas Whiplash and La La Land. In Play the Way You Feel, author and jazz critic Kevin Whitehead offers a comprehensive guide to these films and other media from the perspective of the music itself. Spanning 93 years of film history, the book looks closely at movies, cartoons, and a few TV shows that tell jazz stories, from early talkies to modern times, with an eye to narrative conventions and common story points. Examining the ways historical films have painted a clear picture of the past or overtly distorted history, Play the Way You Feel serves up capsule discussions of sundry topics including Duke Ellington's social life at the Cotton Club, avant-garde musical practices in 1930s vaudeville, and Martin Scorsese's improvisatory method on the set of New York, New York. Throughout the book, Whitehead brings the same analytical bent and concise, witty language listeners know from his jazz segments on NPR's Fresh Air with Terry Gross. He investigates well-known songs, traces the development of the stock jazz film ending, and offers fresh, often revisionist takes on works by such directors as Howard Hawks, John Cassavetes, Shirley Clarke, Francis Ford Coppola, Clint Eastwood, Spike Lee, Robert Altman, Woody Allen and Damien Chazelle. In all, Play the Way You Feel is a feast for film-genre fanatics and movie-watching jazz enthusiasts. 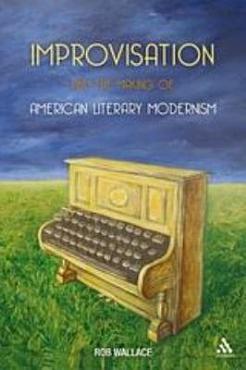 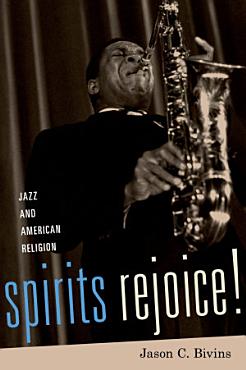 
In Spirits Rejoice! Jason Bivins explores the relationship between American religion and American music, and the places where religion and jazz have overlapped. Much writing about jazz tends toward glorified discographies or impressionistic descriptions of the actual sounds. Rather than providing a history, or series of biographical entries, Spirits Rejoice! takes to heart a central characteristic of jazz itself and improvises, generating a collection of themes, pursuits, reoccurring foci, and interpretations. Bivins riffs on interviews, liner notes, journals, audience reception, and critical commentary, producing a work that argues for the centrality of religious experiences to any legitimate understanding of jazz, while also suggesting that jazz opens up new interpretations of American religious history. Bivins examines themes such as musical creativity as related to specific religious traditions, jazz as a form of ritual and healing, and jazz cosmologies and metaphysics. Spirits Rejoice! connects Religious Studies to Jazz Studies through thematic portraits, and a vast number of interviews to propose a new, improvisationally fluid archive for thinking about religion, race, and sound in the United States. Bivins's conclusions explore how the sound of spirits rejoicing challenges not only prevailing understandings of race and music, but also the way we think about religion. Spirits Rejoice! is an essential volume for any student of jazz, American religion, or American culture. 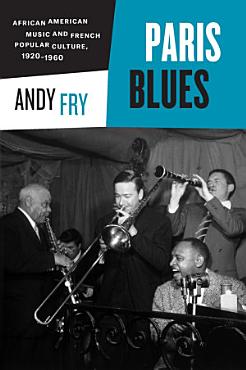 
The Jazz Age. The phrase conjures images of Louis Armstrong holding court at the Sunset Cafe in Chicago, Duke Ellington dazzling crowds at the Cotton Club in Harlem, and star singers like Bessie Smith and Ma Rainey. But the Jazz Age was every bit as much of a Paris phenomenon as it was a Chicago and New York scene. In Paris Blues, Andy Fry provides an alternative history of African American music and musicians in France, one that looks beyond familiar personalities and well-rehearsed stories. He pinpoints key issues of race and nation in France’s complicated jazz history from the 1920s through the 1950s. While he deals with many of the traditional icons—such as Josephine Baker, Django Reinhardt, and Sidney Bechet, among others—what he asks is how they came to be so iconic, and what their stories hide as well as what they preserve. Fry focuses throughout on early jazz and swing but includes its re-creation—reinvention—in the 1950s. Along the way, he pays tribute to forgotten traditions such as black musical theater, white show bands, and French wartime swing. Paris Blues provides a nuanced account of the French reception of African Americans and their music and contributes greatly to a growing literature on jazz, race, and nation in France. 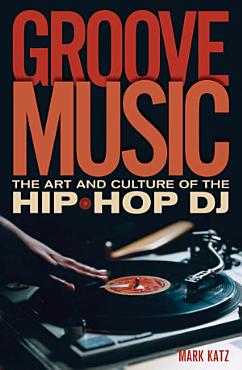 
It's all about the scratch in Groove Music, award-winning music historian Mark Katz's groundbreaking book about the figure that defined hip-hop: the DJ. Today hip-hop is a global phenomenon, and the sight and sound of DJs mixing and scratching is familiar in every corner of the world. But hip-hop was born in the streets of New York in the 1970s when a handful of teenagers started experimenting with spinning vinyl records on turntables in new ways. Although rapping has become the face of hip-hop, for nearly 40 years the DJ has proven the backbone of the culture. In Groove Music, Katz (an amateur DJ himself) delves into the fascinating world of the DJ, tracing the art of the turntable from its humble beginnings in the Bronx in the 1970s to its meteoric rise to global phenomenon today. Based on extensive interviews with practicing DJs, historical research, and his own personal experience, Katz presents a history of hip-hop from the point of view of the people who invented the genre. Here, DJs step up to discuss a wide range of topics, including the transformation of the turntable from a playback device to an instrument in its own right, the highly charged competitive DJ battles, the game-changing introduction of digital technology, and the complex politics of race and gender in the DJ scene. Exhaustively researched and written with all the verve and energy of hip-hop itself, Groove Music will delight experienced and aspiring DJs, hip-hop fans, and all students or scholars of popular music and culture. 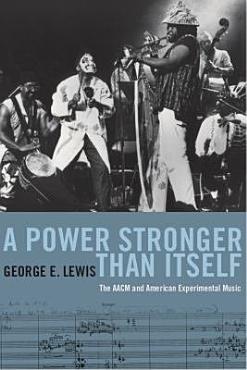 
Founded in 1965 and still active today, the Association for the Advancement of Creative Musicians (AACM) is an American institution with an international reputation. George E. Lewis, who joined the collective as a teenager in 1971, establishes the full importance and vitality of the AACM with this communal history, written with a symphonic sweep that draws on a cross-generational chorus of voices and a rich collection of rare images. Moving from Chicago to New York to Paris, and from founding member Steve McCall’s kitchen table to Carnegie Hall, A Power Stronger Than Itself uncovers a vibrant, multicultural universe and brings to light a major piece of the history of avant-garde music and art. 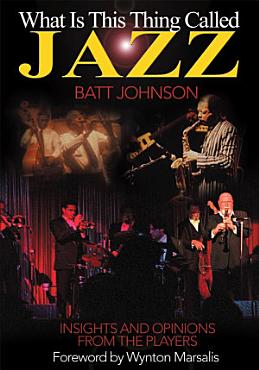 
There is no better authority on jazz than the creators, educators, and writers who have made this enigmatic musical style a major force internationally as well as in American history. The answer to the question what is jazz? is as complex and diverse as those involved in it. This book takes the question to noted musicians, scholars, and composers, creating a documentary style of oral history that makes you feel as if you are actually in the room as they put the sounds they know as music into words. The ideas from these authentic, personal voices of authority provide a unique perspective that will enlighten the novice and stimulate the professional. Ron Carter, Bassist-Because they are improvising does not necessarily mean that it is jazz Buddy Rich,Drums-Trane to Bird, Diz to Miles, all in the family of jazz, just different children. Ray Charles, Singer/Pianist-Jazz is the freedom to do what you want within the confines of the chord structure. Milt Jackson, Vibraphonist-"The era of bebop represents jazz to me. Chet Baker, Trumpet-Paris Jazz is a hard swinging rhythm section with everybody playing with the same time feeling.


Ralph Ellison, James Baldwin, and Amiri Baraka shared a passion for jazz music. It was a decisive influence on their thinking, and, as this book reveals, they drew on their insights into the creative process of improvisation to analyze race and politics in the civil rights era. 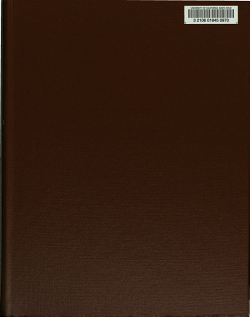 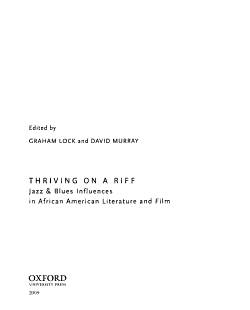 
Thriving on a Riff explores the influence of jazz and blues in two key areas of cultural expression, literature and film, where these musics have often been inextricably linked with notions of racial identity and self-representation.From the Harlem Renaissance to the present day, African American writers have adapted blues and jazz forms for their own ends. Individual chapters here focus on the distinctive approaches of writers as various as Sterling Brown (Steven C. Tracy), James Weldon Johnson and J.J. Phillips (NickHeffernan), Paul Beatty (Bertram Ashe) and Amiri Baraka and Nathaniel Mackey (David Murray). There are interviews (by Graham Lock) with leading contemporary poets Michael S. Harper and Jayne Cortez, who also read their work on the book's companion website. The performing self, as found inautobiography as well as in music and film, is explored in Krin Gabbard's account of Miles Davis, while John Gennari investigates factual and fictional versions of Charlie Parker. Cinema's representations of musical performance have varied greatly, as is shown by essays on Hollywood's adaptations ofblackface minstrelsy (Corin Willis) and Howard Hawks' view of jazz as democracy in action (Ian Brookes). Film scores too have proved controversial in deploying jazz to denote sleaze and criminality: reacting against this audio stereotyping, the more sophisticated and nuanced efforts of DukeEllington and John Lewis are discussed by, respectively, Mervyn Cooke and David Butler. Finally, Michael Jarrett brings together many interpretative threads in proposing a new model of influence, or conduction, exemplified in the iconic sounds of the train and its various criss-crossing echoes inand through African American culture.A significant addition to the growing body of work on jazz and blues as cross-cultural influences, Thriving on a Riff presents new and provocative work by the most distinguished scholars in the field, whose perspectives span the genres.