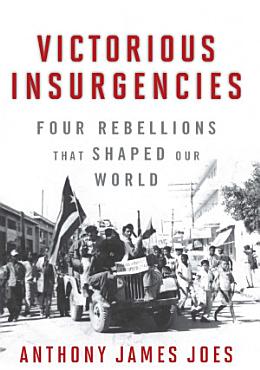 
In 2001 the Human Genome Project announced that it had successfully mapped the entire genetic content of human DNA. Scientists, politicians, theologians, and pundits speculated about what would follow, conjuring everything from nightmare scenarios of state-controlled eugenics to the hope of engineering disease-resistant newborns. As with debates surrounding stem-cell research, the seemingly endless possibilities of genetic engineering will continue to influence public opinion and policy into the foreseeable future. Beyond Biotechnology: The Barren Promise of Genetic Engineering distinguishes between the hype and reality of this technology and explains the nuanced and delicate relationship between science and nature. Authors Craig Holdrege and Steve Talbott evaluate the current state of genetic science and examine its potential applications, particularly in agriculture and medicine, as well as the possible dangers. The authors show how the popular view of genetics does not include an understanding of the ways in which genes actually work together in organisms. Simplistic and reductionist views of genes lead to unrealistic expectations and, ultimately, disappointment in the results that genetic engineering actually delivers. The authors explore new developments in genetics, from the discovery of "non-Darwinian" adaptative mutations in bacteria to evidence that suggests that organisms are far more than mere collections of genetically driven mechanisms. While examining these issues, the authors also answer vital questions that get to the essence of genetic interaction with human biology: Does DNA "manage" an organism any more than the organism manages its DNA? Should genetically engineered products be labeled as such? Do the methods of the genetic engineer resemble the centuries-old practices of animal husbandry? Written for lay readers, Beyond Biotechnology is an accessible introduction to the complicated issues of genetic engineering and its potential applications. In the unexplored space between nature and laboratory, a new science is waiting to emerge. Technology-based social and environmental solutions will remain tenuous and at risk of reversal as long as our culture is alienated from the plants and animals on which all life depends. 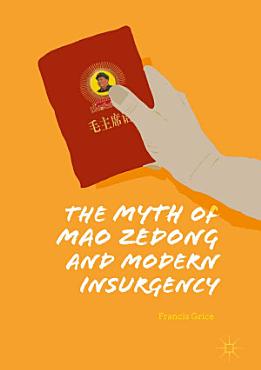 
Tackling one of the most prevalent myths about insurgencies, this book examines and rebuts the popular belief that Mao Zedong created a fundamentally new form of warfare that transformed the nature of modern insurgency. The labeling of an insurgent enemy as using “Maoist Warfare” has been a common phenomenon since Mao’s victory over the Guomindang in 1949, from Malaya and Vietnam during the Cold War to Afghanistan and Syria today. Yet, this practice is heavily flawed. This book argues that Mao did not invent a new breed of insurgency, failed to produce a coherent vision of how insurgencies should be fought, and was not influential in his impact upon subsequent insurgencies. Consequently, Mao’s writings cannot be used to generate meaningful insights for understanding those insurgencies that came after him. This means that scholars and policymakers should stop using Mao as a tool for understanding insurgencies and as a straw man against whom to target counterinsurgency strategies. 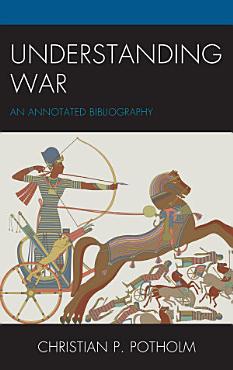 
The third book in Professor Christian Potholm’s war trilogy (which includes Winning at War and War Wisdom), Understanding War provides a most workable bibliography dealing with the vast literature on war and warfare. As such, it provides insights into over 3000 works on this overwhelmingly extensive material. Understanding War is thus the most comprehensive annotated bibliography available today. Moreover, by dividing war material into eighteen overarching themes of analysis and fifty seminal topics, and focusing on these, Understanding War enables the reader to access and understand the broadest possible array of materials across both time and space, beginning with the earliest forms of warfare and concluding with the contemporary situation. Stimulating and thought-provoking, this volume is essential for an understanding of the breadth and depth of the vast scholarship dealing with war and warfare through human history and across cultures. 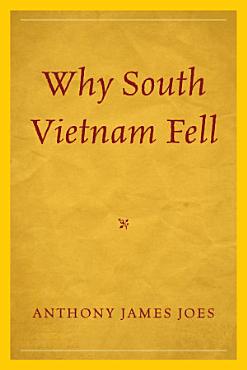 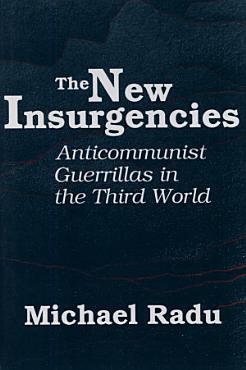 
The appearance of ideologically motivated anti-communist insurgent groups in the Third World is an important new phenomenon that has received little serious attention. Analysis has focused on American attitudes, while the indigenous roots and motivations of such groups have remained largely unexplored. Michael Radu fills in the gap in "The New Insurgencies, "with case studies and contributions from Anthony Arnold, Paul Henze, Justus van de Kroef, and Jack Wheeler. As the authors show, more often than not, Third World anti-communist insurgencies express a general rejection of values and ideologies from outsiders. Many of these insurgencies reflect violent opposition to regimes installed by the Soviets during the 1970s, yet they only rarely articulate a struggle for liberal democracy. Nationalism, religion, or the preservation of traditional political and economic patterns are more often the true motivations. And while insurgents often apply military and occasionally political methods used by successful Marxist-Leninist insurgencies of this century, they tend to be rural based and close to the aspirations of the peasant masses rather than directed by the educated and urbanized elites. "The New Insurgencies "includes case studies of major anti-communist movements today, including those in Afghanistan, Cambodia, Ethiopia, Mozambique, Angola, and Nicaragua. It shows that in each, the role of local powers such as South Africa, Thailand, and Pakistan rather than direct U.S. support has been critical to the insurgents' effectiveness. In part this may be because the old bipartisan Washington consensus based on anti-communism has evaporated; and Radu explores why this has occurred. Regardless of Washington's support, the new insurgencies are likely to persist. Their impact on U.S., Soviet, and world policy will be profound. "The New Insurgencies "combines extensive use of firsthand data, including personal knowledge of some of the major personalities involved, with extensive bibliographic information. It is an essential tool for specialists in international relations, military affairs, and U.S. foreign policy, as well as those interested in understanding changes in Soviet domestic and international policy. 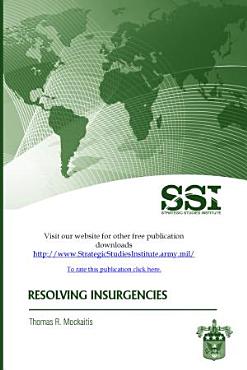 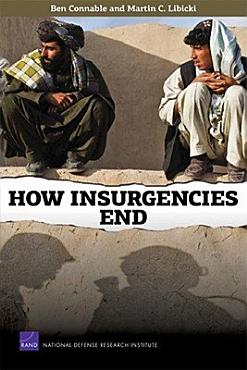 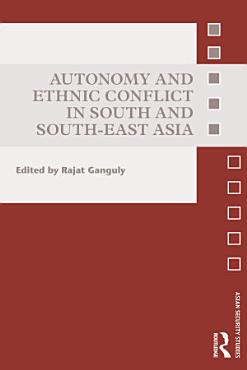 
This book uses empirical evidence from various case studies to examine the relationship between territorial and regional autonomy, the nation-state and ethnic conflict resolution in South and South-East Asia. The concept of territorial or regional autonomy holds centre stage in the literature on ethnic conflict settlement because it is supposed to be able to reconcile two paradoxical objectives: the preservation of the territorial integrity and sovereignty of the state, and the satisfaction of ethnic minorities’ right to national self-determination. Critics argue, however, that autonomy may not be the panacea for ethnic conflict in all cases. The contributing authors begin with the concept of territorial or regional autonomy and subject it to a rigorous empirical analysis, which provides reliable evidence regarding the suitability of the autonomy solution to intractable ethnic conflicts. Drawing upon case studies from Kashmir, Assam, Sri Lanka, Aceh, Mindanao and Southern Thailand, this edited volume argues that autonomy arrangements may at best work to resolve only a handful of separatist ethnic conflicts in South and South-East Asia. This book will be of much interest to students of South and South-East Asia, Asian security, ethnic conflict, peace studies and IR in general. 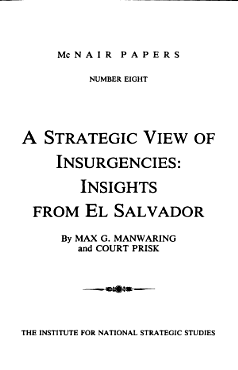 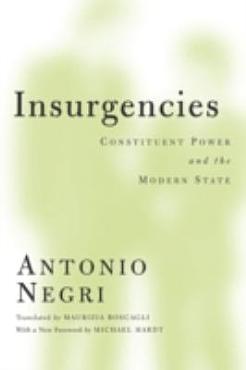 
In the ten years since the initial publication of Insurgencies, Antonio Negria s reputation as one of the worlda s foremost political philosophers has grown dramatically. Now with a foreword by Michael Hardt, Insurgencies leads to a new notion of how power and action must be understood if we are to achieve a democratic future. 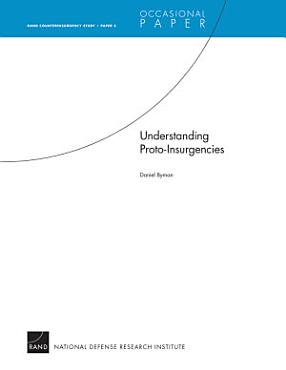 
This study examines how terrorist groups transition to insurgencies and identifies ways to combat proto-insurgents. It describes the steps groups must take to gain the size and capabilities of insurgencies, the role of outside state support, and actions governments can take to prevent potential insurgencies from blossoming. The most effective U.S. counterinsurgency action would be to anticipate the possibility of insurgencies developing; it could then provide training and advisory programs and inhibit outsides support. 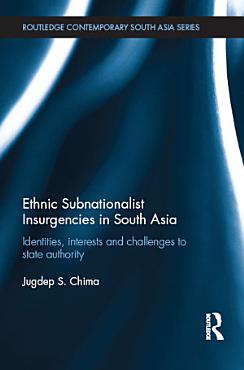 
This book provides a micro-historical analysis of the emergence and contemporary dynamics of recent ethnic sub-nationalist insurgencies in South Asia. Using comparative case studies, it discusses the causes of each insurgency, analyses the trajectory and dynamics of each including attempts at resolution, and highlights the wider theories of ethno-nationalist insurgency and mobilization. Bringing together an international group of contributors, the book covers insurgencies in India, Sri Lanka, Pakistan, Nepal, and Bangladesh. It questions why ethnic sub-nationalist insurgencies occurred at particular points in time and not at others, and explores the comparative trajectories of these movements. The book goes on to discern reappearing patterns of conflict escalation/de-escalation through the method of comparative process-tracing. It argues that while identity is a necessary factor for insurgency, it is not a sufficient one. Instead, ethnic mobilization and insurgency only emerge when it is activated by tension emerging from political competition between ethnic and central state elites. These elite-led dynamics, when combined with favourable socio-economic and political conditions, make the ethnic masses primed to accept the often symbolically-rich appeals from their leaders to mobilize against the central state. Providing an important study on ethno-nationalist insurgencies in South Asia, the book will be of interest to those working in the fields of South Asian Politics, Security Studies and Ethnic Conflict.