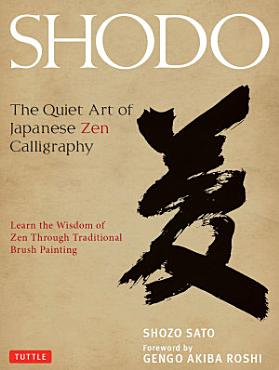 
In this beautiful and extraordinary zen calligraphy book, Shozo Sato, an internationally recognized master of traditional Zen arts, teaches the art of Japanese calligraphy through the power and wisdom of Zen poetry. Single-line Zen Buddhist koan aphorisms, or zengo, are one of the most common subjects for the traditional Japanese brush calligraphy known as shodo. Regarded as one of the key disciplines in fostering the focused, meditative state of mind so essential to Zen, shodo calligraphy is practiced regularly by all students of Zen Buddhism in Japan. After providing a brief history of Japanese calligraphy and its close relationship with the teachings of Zen Buddhism, Sato explains the basic supplies and fundamental brushstroke skills that you'll need. He goes on to present thirty zengo, each featuring: An example by a skilled Zen monk or master calligrapher An explanation of the individual characters and the Zen koan as a whole Step-by-step instructions on how to paint the phrase in a number of styles (Kaisho, Gyosho, Sosho) A stunning volume on the intersection of Japanese aesthetics and Zen Buddhist thought, Shodo: The Quiet Art of Japanese Zen Calligraphy guides beginning and advanced students alike to a deeper understanding of the unique brush painting art form of shodo calligraphy. Shodo calligraphy topics include: The Art of Kanji The Four Treasures of Shodo Ideogram Zengo Students of Shodo 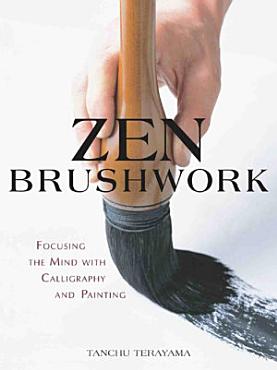 
With its bold strokes and mystic aura, Zen calligraphy has fascinated Westerners for decades, yet it remains an abstract, rarely practiced form of expression outside of Asia. Now, master calligrapher Tanchu Terayama explains the techniques behind this subtle art and offers step-by-step instructions for practicing it on a professional level. After introducing the basics, Terayama presents a unique meditative warm-up to establish the proper mental attitude needed to release one's creative energies. Next, the power of the brushed line is explained and demonstrated. What makes a good line or a bad one, an expressive effort or an unfocused one? Lessons on brushing symbolic Japanese characters follow, including those for "emptiness," "nothingness," and "flower." The painting section shows readers how to draw the spare yet elegant pictorial themes of this classic art: bamboo, plum blossoms, Mount Fuji, and the inspirational Zen priest Daruma. If the exercises are the heart of the book, the Appreciation section is the soul. This chapter introduces classic works from renowned priests and other historical figures, including Miyamoto Musashi (the celebrated swordsman and author of The Book of Five Rings), Morihei Ueshiba (the founder of aikido), Jigoro Kano (the father of judo), and Zen priest Hakuin. Each masterpiece is accompanied by penetrating commentary on the strengths and salient features of the work. Rarely has Zen calligraphy been demonstrated and discussed with such candor and insight. Illuminating yet another side of Zen, Zen Brushwork will be an invaluable source to those interested in meditation, Zen, Buddhism, the martial arts, and Oriental traditions in general. CONTENTS Introduction Part I Background What is Zen Calligraphy? The Evolution of Kanji The Fundamentals of Calligraphy The Four Treasures of Calligraphy Hitsuzendo Part II Preparation-Warming Up and Developing Ki The Zen Line Yoki-ho: A Method of Developing Ki and Warming-Up warm-up exercise 1: Yoki-ho: The Long Version warm-up exercise 2: The Short Form of Yoki-ho: A Five-Minute Exercise warm-up exercise 3: Kusho: Writing in the Air Part III Zen Calligraphy and Painting Basic Practice The Zen Line and Its Applications exercise 1: Mujibo (The Zen Line) exercise 2: Enso (The Zen Circle) exercise 3: Horizontal and Vertical Lines exercise 4: Fine Lines Tensho (Seal Script) exercise 5: So (Grass) and a Practice Line Kaisho (Standard Script) exercise 6: Sho (Calligraphy) and Practice Lines Further Practice Sosho (Grass Script) exercise 7: Mu (Nothing) exercise 8: Hana (Flower) exercise 9: Ku (Emptiness) exercise 10: Mu Ichi Motsu (Owning No-thing) exercise 11: Ichigyo Zanmai (Be in the Moment) Writing Western Script exercise 12: Writing Western Script: ABC exercise 13: Shodo (Calligraphy) Painting exercise 14: Orchid exercise 15: Bamboo exercise 16: Plum Blossoms (with inscription) exercise 17: Mount Fuji exercise 18: Daruma exercise 19: Wall-Gazing Daruma exercise 20: "One-Stroke" Daruma exercise 21: Ji-Wa-Choku (Compassion, Harmony, Honesty) Part IV Appreciation Works by Old Masters Works by Terayama Tanchu Glossary What is Zen Calligraphy? Calligraphy (sho) is a formative art based on writing. It includes not only writing that is beautiful, but phrases that are novel and interesting. According to the Japanese philosopher Nishida Kitaro (1870-1945; see figure 1), true creativity is not the product of a conscious effort but rather the "phenomenon of life itself." True creation must arise from mu-shin, or the state of "no-mind," a state beyond thought, emotions, and expectations. Work that is produced through conscious effort is ultimately devoid of life. Zen calligraphy in particular must spring from shonen sozoku, a Buddhist term equivalent to "true thought." Shonen is a state of full concentration that is devoid of thoughts and ideas, while sozoku here means "free-flowing continuity." Greatness in brushwork cannot be achieved through conscious effort; it is only achieved through the states of mu-shin and shonen sozuku, or "no-mind" and a continuous state free of the thoughts and ideas that distract the mind. Zen calligraphy differs from other calligraphic disciplines as it is focused on the realization of "no-mind." Furthermore, in contrast tosho, which uses Chinese characters as a basis, it is the expression of Zen through a brush, whether the result is a single stroke, a Zen circle, or an ink painting. While sho is restricted to brushed writing, Zen calligraphy extends to other forms of brushwork. Nearly all calligraphy today is born of conscious attention to an aesthetic concept, but we rarely find lines that are truly alive. In contrast, the calligraphy of Zen masters such as Daito Kokushi (1282-1337; founder of Daitokuji temple in Kyoto) or Ikkyu Sojun (1394-1481) resonates with the energy of "no-mind" achieved through complete concentration. In these works, the lines are filled with vitality and the shapes are fresh and original. Sen no Rikyu (1522-91), who established many of the basic precepts of the tea ceremony, held that nothing surpassed Zen calligraphy as a subject for display in the alcove of the tea room. He undoubtedly felt that only art works that reflect the eternal vitality of Zen writings could encourage the mind toward enlightenment. Rikyu recognized that calligraphy necessarily demands the highest level of spirituality. A line that manifests clarity cannot be drawn if the heart is clouded by worldly concerns; a stroke cannot be brushed with resolution if the heart is agitated; and calligraphy that reveals depth cannot be produced if cultivation and experience are shallow. To write kanji characters that resonate and demonstrate their deeper meaning, one's own mind must achieve unity with the meaning of the words-a requirement that calls for a higher level of spirituality. The calligrapher, therefore, must strive for the state of "no-mind" through meditation and contemplation.


This book is devoted to Zen art as a living tradition. It explores the heart of Zen experience through contemporary Zen art, demonstrating how this time-honored visual form continues to flourish today.


Yamaoka Tesshu (1836-1888) was a Japanese master of the sword, Zen and calligraphy. A full-color book on the Zen art of Tesshu features his calligraphic pieces, essays about the relationship between swordsmanship, Zen, and calligraphy. Works are translated and significance explained in detailed captions. Calligraphy by Tesshu's contemporaries Katsu Kaishu, Takahashi Deishu, and modern master Terayama Tanchu included. 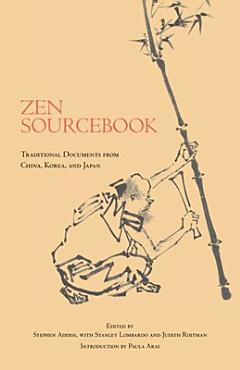 
Introduction by Paula Arai. This is the first collection to offer selections from the foundational texts of the Chinese, Korean, and Japanese Zen traditions in a single volume. Through representative selections from their poetry, letters, sermons, and visual arts, the most important Zen Masters provide students with an engaging, cohesive introduction to the first 1200 years of this rich -- and often misunderstood -- tradition. A general introduction and notes provide historical, biographical, and cultural context; a note on translation, and a glossary of terms are also included. 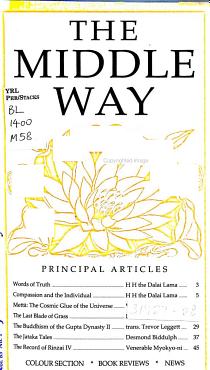 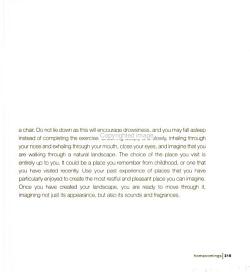 
Zen is a spiritual journey that can transform and enrich our lives. Many of the great Zen masters were themselves world travelers, starting with Bodhidharma, who brought Zen from India to China in the sixth century. Divided into eight meditations, writer Eric Chaline examines how a deeper understanding of the Zen way of life can enrich every journey one takes, from a simple country ramble to an epic journey across the world. 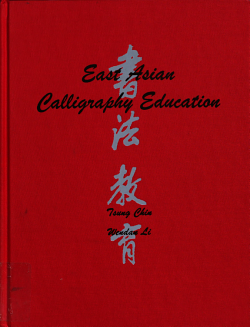 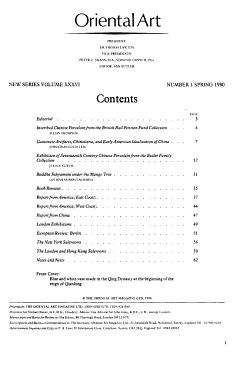 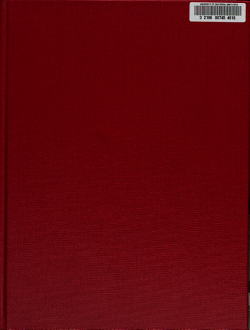 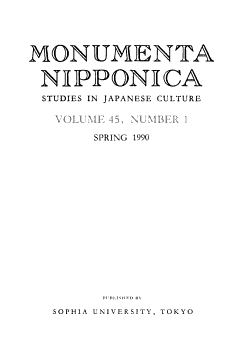